Have a Merry 8 bit Christmas

When I first heard about the movie 8 Bit Christmas I was pretty excited since I expected a hybrid of perhaps Jingle All the Way mixed with The Wizard. Sadly they went more for an 80s A Christmas Story route, in fact it borrowed way too much from it and I’ve never been a fan of that film. In the spirit of Xmas and my love for the NES we take a look at this 8 bit Christmas.

The movie has attention to detail in some things though not in others which is bit inconsistent. I like some of the little details the movie does but but it misses plenty of obvious ones as well. You have a girl playing the Nintendo game moving the controller in a way that is not logical like those shows from the 90s when you could tell they really weren’t playing anything.

Sometimes it does feel 80s but not always, perhaps it’s the 80s setting that it just isn’t nostalgic for me so it doesn’t hit as hard, maybe I could relate to the movie more if it was set in the 90s with a N64. Talking of which Why is there a 90s accurate T-Rex at the mall? 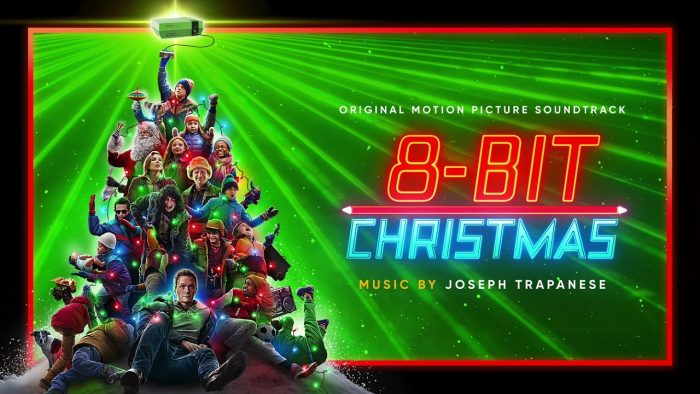 I want to love the movie but it’s not great, it has its moments but never reaches the potential the trailer showed. The cabbage patch side plot was alright, could’ve used more of that and more video game stuff to keep it fun. Movie had potential but it’s not very memorable, an ok Xmas movie to watch but not one you’ll want to watch too often. I could never get into a Christmas story so I expected this to be a little more gaming oriented and fun. Even some crazy slapstick humor would’ve helped, it’s missing something more bits less boring story narration and characters, at times it feels like the worst aspects of the 80s, nothing exciting happening.

I did not know it was based on a book so I’ll eventually read that and see how it holds up and update here. And before we go when I think of an 8 Bit Xmas I think of the Retrobit Christmas Nintendo Entertainment System cartridges they make for most years that have some mini games but the main selling point is the christmas lights and music that the cartridge has.