The new year is here and coming off from a difficult year, let’s take a look at some things to expect in 2017 besides more celebrities sadly passing away which will likely happened as explained in my end of 2016 article here. It’s a good read as I believe all the wheels that were set in motion will only continue as last year only paved the direction we were going but now we must go through it.

Economically the United States will continue to stay strong as confidence is very high right now but don’t fool yourself into thinking this will stay like this as this bubble will burst soon enough. How long this confidence will last I cannot tell you, that’s literally the million dollar question as many investors are going to make a lot of money out of this but it could be anywhere from the first 6 months of the year or not until 2019/2020 when we start to see the catastrophic results of Donald Trumps economic policies that are only viable in the short term. Some of them if approved would have consequences are long term where they’ll be felt many years into the future so while we may not know when everything will go south it’s not a matter of if but when. Beyond America other countries don’t seem to have very bright futures in 2017 like Mexico who contrary to what Trump may have said was not beating them in anything he mentioned and things were not going very well already as they were heavily invested in oil which low prices hit them hard last year. After Trump won the presidency and his proposals to pull out of NAFTA, the border wall among others is not helping confidence in investors and if any or all of those proposals go through it’ll only make matters worse which ironically will have bad consequences to the U.S. as well. The trade war with China will affect everyone except maybe Latin America but it will not help China nor the U.S. In general the strong USD will make it difficult for most nations in development as they’ll continue to struggle. Russia will likely benefit economically from all of this as its sanctions could be removed and it’ll be able to be a major player again. 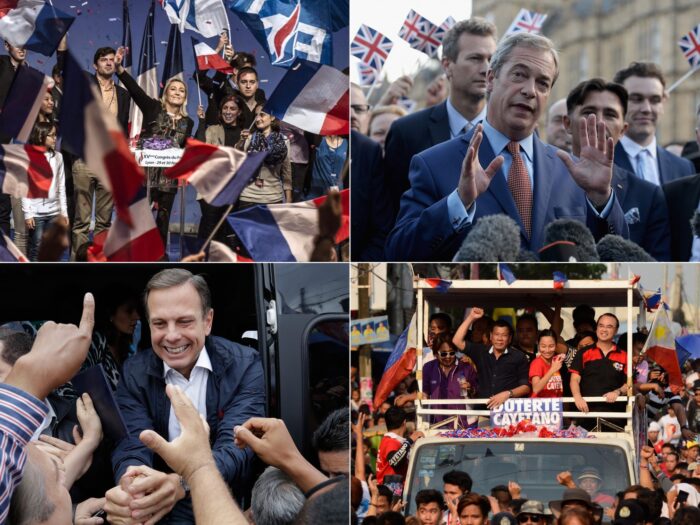 Socially we’re also going to continue taking a few steps behind from where we’ve been in recent years as anti-immigration and economies in recession will empower nationalism and more populist leaders could get elected worldwide like we saw the trend started in 2016. Exactly why this happening is a topic for another article but unless some radical steps are taken we’ll continue on the same path that was woven the previous year and I don’t see people taking them as the political elite and liberal attitudes fail to take the blame or see the whole picture to take action on the issues at hand and stop this from happening. Sadly neither side wants to give in on these social issues and have taken extremes which does no good to anyone and I’m saddened to see the progress we’ve made stopped by both sides being so stubborn and selfish.

To end on a lighter note, 2017 will be good entertainment wise; Multinationals will continue to cash-in on the now mainstream geek culture which like I’ve mentioned before as many negatives as that has also brings a lot of content for fans. Nintendo will come out with the Switch and new hardware launches are always exciting; This also means E3 will likely be very interesting unlike last years. We’ll see plenty of nerdy things whether it’s TV, Movies, Toys, Merchandise, etc. I usually only watch around 3 Hollywood movies in theaters a year and this year isn’t much different as it will likely be Godzilla Resurgence (Premiering where I live), Power Rangers and Star Wars Episode VIII, I may see more but nothing else I find as a must see in theaters for me right now, of course I usually watch a 3 or so independent/foreign films when festivals come to my cinema as well but I’m not counting those. I’m very excited for miscrave this year which I’m trying to fill a niche on the internet for ideas that aren’t as openly expressed and in general I see 2017 as a year of challenges for me but also for opportunities.