Sonic Boom might’ve deserved a better chance as a reboot, but it gave us a solid animated series, in the meantime for those who wanted a little more Sonic Boom that the 104 episode CG cartoon wasn’t enough there are some lost episodes and a prequel movie that you can watch right now and have a few more adventures with Sonic Team. Sonic Boom had a few video games one on Wii U and 2 on the Nintendo 3DS which had the cast make new CG cutscenes and dialog for them and even without playing them you can enjoy them in video versions thanks to fan edits. We will also take a look at the continuity of these movies with the actual show and if they are canon to the story. 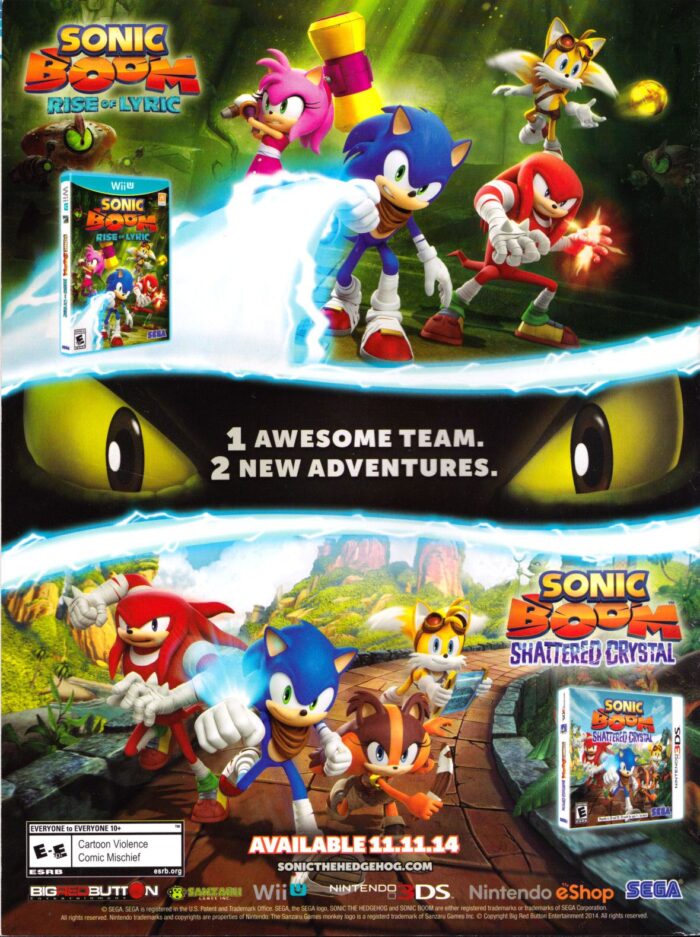 First we have the two prequel movie stories of Sonic Boom with Rise of Lyric and Shattered Crystal, at one point both versions were called Rise of Lyric. Now you’re likely wondering if it’s the same story retold in different game consoles or if one takes place before the other and well the answer is neither. For some reason despite being marketed as prequels to the hit animated Sonic Boom cartoon they both tell their version of an origin story. 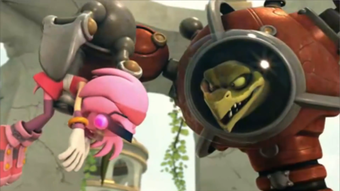 They’re both clearly an origin stories so they neither of them can happen at a later time as a second adventure against Lyric whether it be after the other game finishes or sometime during the actual shows run, but don’t worry we have a continuity fix here for these prequel stories. It’s also worth pointing out that they aren’t really prequels to Sonic Boom, well not great ones at lest, they only have a few aspects here and there that let us know that they take place before the first episode on season 1 but besides that the characters all know each other pretty much and we don’t get any origins of anyone besides Lyric and their adventure against him. 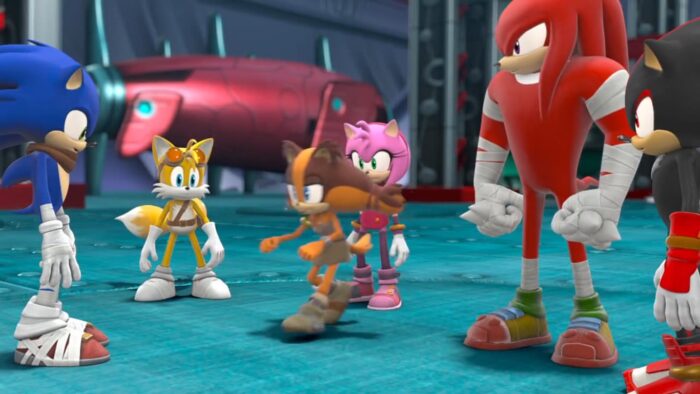 Let’s first take a look at the Wii UR version of the prequel story with Rise of Lyric, here we find out about where Lyric came from and why he is such a threat as well as him teaming up with Eggman and wants to go against Sonic and his friends, in the end we get to see how Sonic decides that they did it together and aren’t Team Sonic but just a team. We do get to meet Sticks for the first time since she has a brief cameo but we just also know that Shadow and Metal Sonic exist without an origin like the rest of the heroes or how Eggman forms an alliance with Lyric. Lots of plot holes and in general the characters don’t act too much like in the animated show. 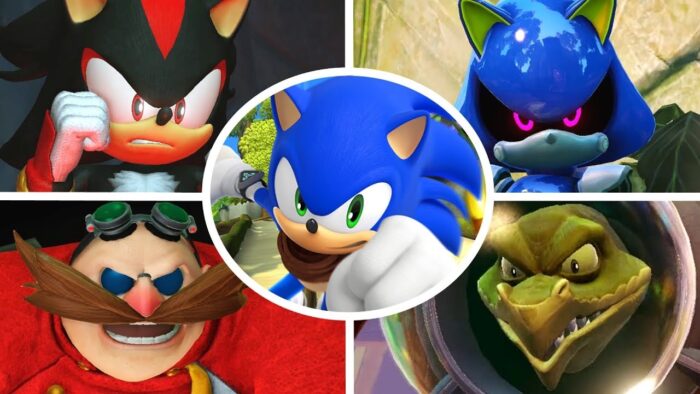 In the 3DS version of the story of Shattered Crystal we get only a brief explanation with a prequel comic that was included with the game but here Lyric doesn’t get a big origin, we only see him catching Amy, here we know that Sticks is friends with Amy but none of them are really a team and only join up to find Amy. We get some of the same villains from Rise of Lyric with slightly different reasons as to why they’re attacking and in the end it’s Shadow who defeats Lyric and they complain but try to debate if they should be called Team Sonic or another name like Team Knuckles. Besides the FMV videos most of the dialog is in text form so you have to read it but here all the characters act exactly like their TV counterparts. 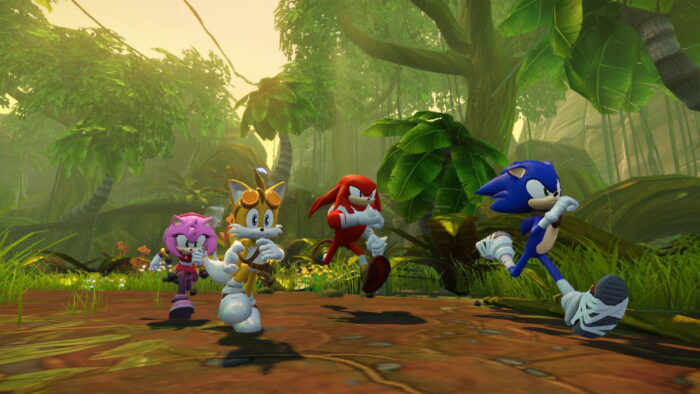 So which version is the true prequel? Both games have things that fit in with the show but they can’t happen one after the other which causes continuity errors if we tried. The 3DS game Shattered Crystal does have the characters acting more in character but there is a way to fit them in continuity, it’s convoluted as these fixes tend to be but both games happen at the same time, with specific scenes from each game happening simultaneously or before another. So yes, we begin with Rise of Lyric but then switch to Shattered Crystal and so on, the ending of Shattered Crystal is before the ending of Rise of Lyric, etc. An edited version of both would be a mess to make but possible. Definitely watch both versions, the Rise of Lyric movie is easier to watch since it’s all video and Shattered Crystal you need to read half of the story but it’s also a bit better. 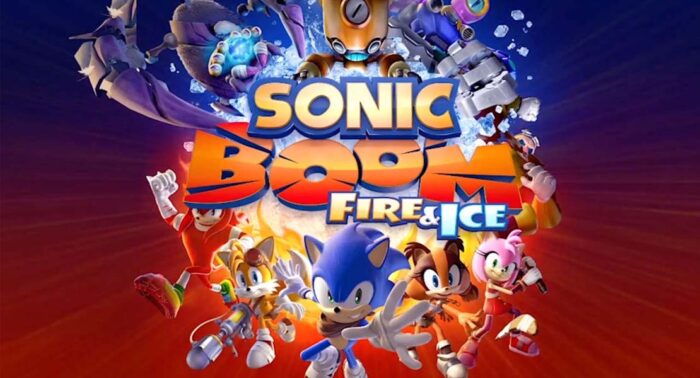 Then we have Fire & Ice which in this case it’s just an adventure, doesn’t go into any lore of the previous games or cartoon and tells the story of Ragnium which is a powerful element and a failed experimental robot D-Fekt that Dr. Eggman hates getting revenge by becoming powerful because of it. Sonic needs to stop the robot who has become too powerful and in the process gets powers of Fire & Ice, he’s not the only one and well it’s neat seeing him with these powers. It’s an alright story, this time it’s all fully voiced and while not super interesting it’s self contained and gives us one final Team Sonic adventure.

Here we have the prequel Sonic Boom movie Rise of Lyric

Here is the final episode of Sonic Boom with Fire & Ice

We also have two other games Sonic Dash 2: Sonic Boom which is a mobile game and a flash game Sonic Boom Link N’ Smash but these games have no story whatsoever or original FMV cutscenes either and just recycle clips from the show so I guess the adventures technically happen in Sonic Dash 2 it’s just Eggman doing stuff and the cast including Shadow having to stop him by running, not much continuity being missed there.

There are also Movie trailers for the games which goes to show that the 3DS footage games do have HD renders of the FMV cutcscenes, hopefully we will get them released one day eventually. While just random trailers for the games, the Fire and Ice one was made as a romantic comedy and is very well done because of it, recommend watching that one especially but here are all three of them.