Teenage Mutant Ninja Turtles 2014 & TMNT Out of the Shadows 2016 made a fun continuity: Platinum Dunes Bay

Oh no, Michael Bay ruined Teenage Mutant Ninja Turtles just like he ruined transformers, even though he’s only a producer and not the director and it’s Platinum Dunes handling the movie. Instead of the teased live action movie by Laird, Nickelodeon gave us something else. Aimed at a different audience, I was so excited until I saw the first trailer and though it’d be terrible, two movies later and I wish we had gotten a third movie, but why?

The movie starts with some epic music and cool animated vignette of the origins in a way but also giving us some background on the turtles and the foot. Will Arnett as Vernon Fenwick was amazing casting, he gives a new take on the character while still feeling like the original character. I would’ve never thought he could work in any other type of continuity of the turtles but he does. Bernadette Thompson is a decent character despite not being a fan of

April is trying to report on the crime wave by the foot clan and I have to say that Megan Fox as April was great casting, I never thought it was a good idea when I saw fake mock ups since the early Transformer movie days that ironically became true when this movie was made but I think she did a great job as April. She isn’t a Ninja here but she’s adventurous and in a way it’s a shame she doesn’t get a final moment with Eric Sacks. MiscRave stamp of approval.

Eric Sacks is mentioned and gets the most developmen since Shredder was only added later, he gets a lot of hate but ironically since he gets a lot of screen time we get to know him well and he is a good original character and i would love to see him again. Shredder is shown a bit but not much, he looks burned and bald. Karai looks fine but clearly afraid of the Shredder and feels just like a goon, but I like that she’s not very young here. But why does the foot have guns and weird human masks? 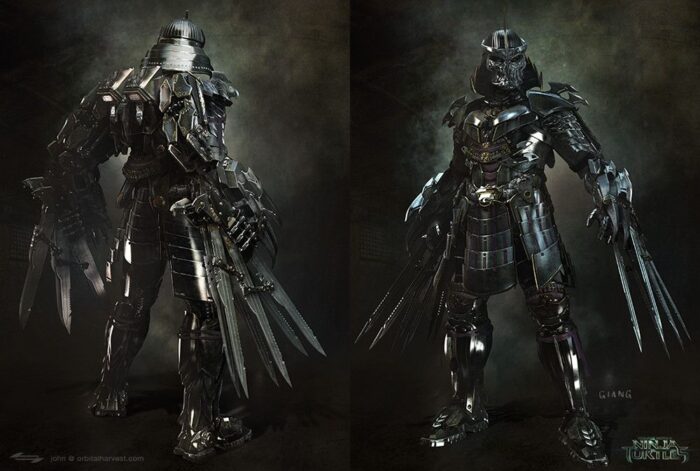 The turtles are slowly revealed and overall I think they had a good introduction, the hulk designs actually work in the movie, they’re still ugly but in a way they work and the fact that they were clothes also fits with these versions. I wouldn’t want them in any other version but I can’t say that they don’t fit in this universe. The best thing about them is their personalities, they keep them right and while not y favorite personalities, they do seem to get the turtles for the most part. 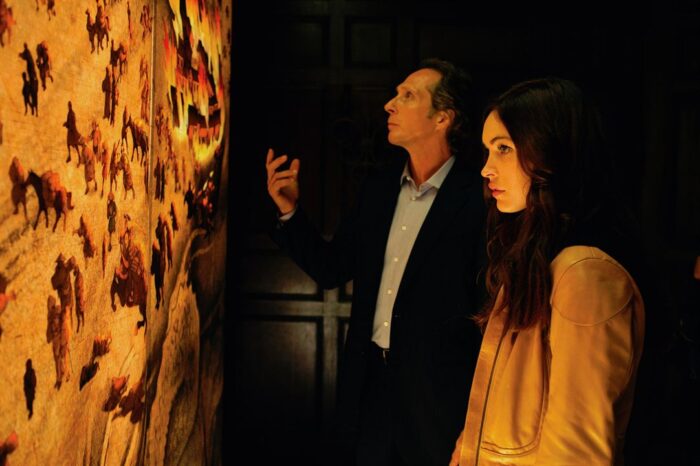 The whole origin being linked to April and Eric Sacks is not something I actually like and it’s the worst aspect of the movie, the best is Mikey mentioning the hip-hop turtles X-Mas album. But yeah that whole storyline is ridiculous and unnecessary, could’ve shaved some time off with those explanations to make a tighter movie and leave it a mystery. Shredder’s armor is also ridiculous in the same way that the 2012 Shredder was. It’s still a cool fight scene but perhaps that should’ve been an enemy like Chrome Dome and not the actual Shredder. 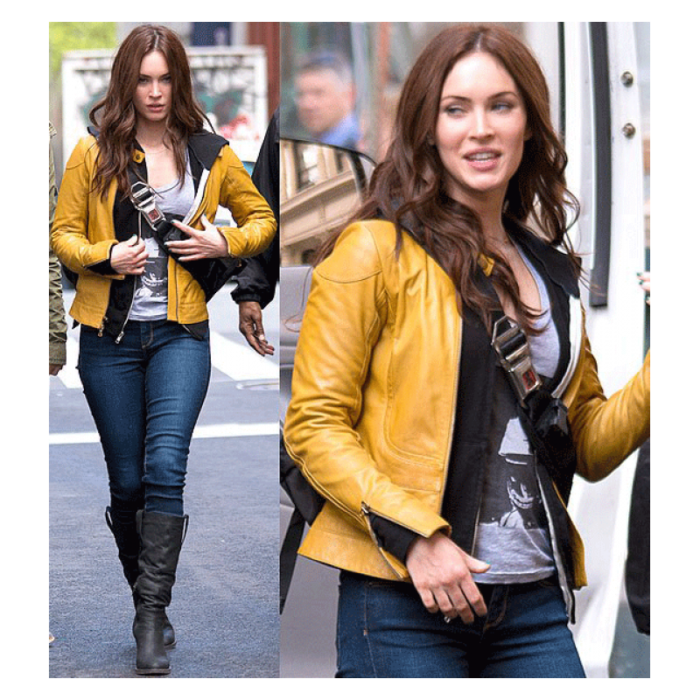 The crazy action scenes could only work on this continuity and because of how the universe is set up it works. The movie has a lot to hate but overall it did one thing, it got the family aspect right of the turtles. We get a satisfying ending and final fight, Transformer Magneto Shredder works in this universe works. I had low expectations the first time I saw the movie, and liked it, before watching Out of the Shadows I re-watched it and disliked it, but this third time I can say that it’s a solid movie, not the greatest TMNT adaptation but an odd interesting take. The ending vignette is alright. 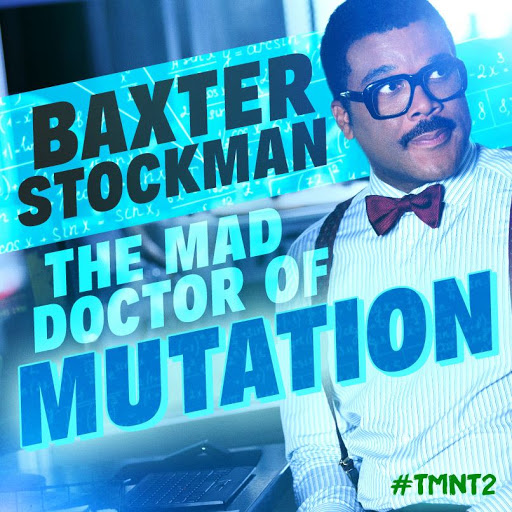 The trailer for OOTS looked great, the firs tone wasn’t so bad, I was hyped but then I saw the movie and got disappointed but perhaps my expectations were too high. We begin with a Mr. Hercule Satan of someone else taking the credit with Vernon “The Falcon” Fenwick here being the savior of the city and April using a spy like techniques to get information and Megan Fox is still a great interpretation of April and I like this investigative reporter who goes in deep to get the real news. Suck it haters. So far so good, some turtles exposition. Neat Easter eggs so far the 1987 Donatello on April’s watch and Mikey meeting a Transformers Bumblebee Halloween costume peep. 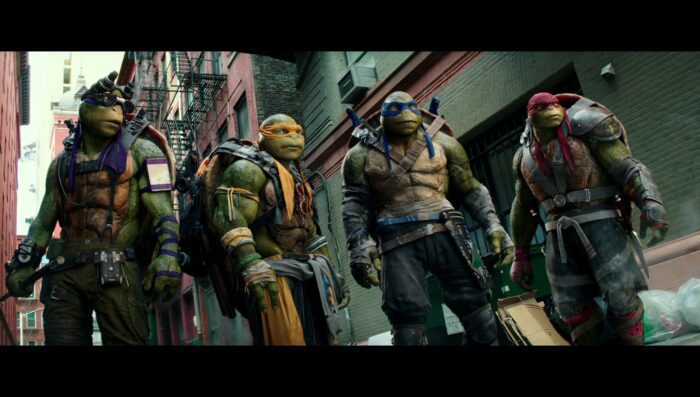 I like the turtle van is a thing here and that in this universe some of the sillier aspects of the franchise actually work in live action, hell it even goes a little further than the original show with the mechanical chucks. In general the movie goes too fast, there’s so much plot being introduced all the time, it’s doing too much, introducing too many new characters which makes a hard to follow movie while all of this is being set up. The tone of the movie is a little too goofy which doesn’t help add weight to some of the scenes. 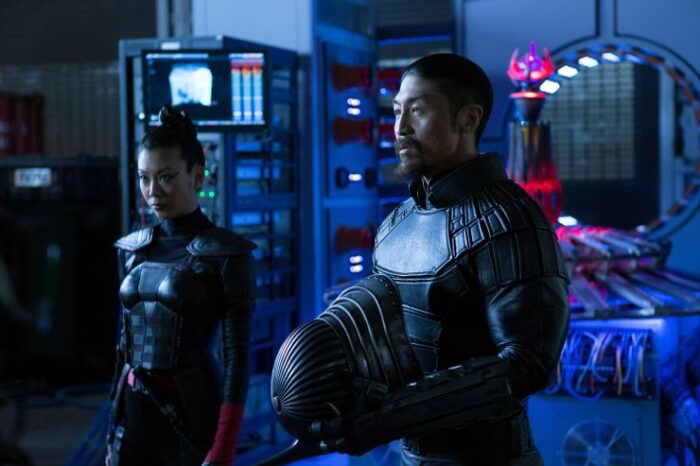 We have a new actor for Shredder and Karai but I guess they aren’t too different to make a difference and I’m glad we get a little more of Shredder and that he isn’t so much in the Shadows. Karai gets a new actress who is younger but it doesn’t matter since she doesn’t do much besides get some dialog and a quick final fight where she disappoints against April and Vernon. Shredder is kind of cool but since he didn’t get any set up last movie it doesn’t feel earned, at least he’s in his huge armor anymore. Sadly as soon as he starts to become something he is quickly disposed off by Kraang.

Casey Jones is a police officer here played by Green Arrow who wants to be a detective and he just randomly becomes a vigilante to help protect April. It’s a different take but that’s fine I mean he’s always had very different appearances in many continuities. I generally liked him but as much in this movie despite getting some screen time it’s not enough. Police Chief Rebecca Vincent a new character who is worthless and only takes time from the movie that is already full of cast members isn’t as memorable as Eric Sacks. 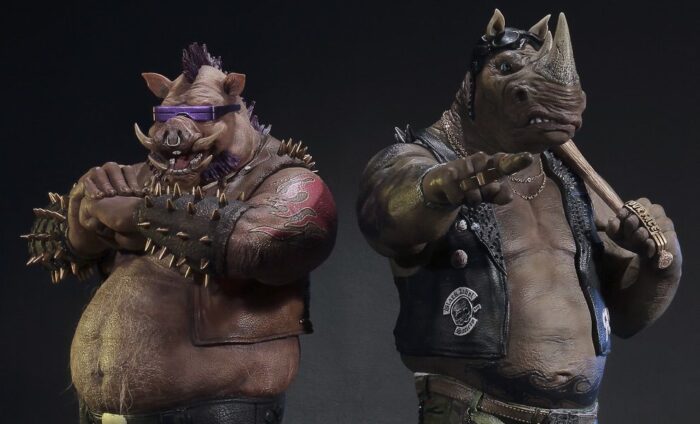 It’s great to see Baxter Stockman, it’s implied he’s worked with Shredder before just like Eric Sacks who sadly doesn’t even get a name drop in this movie because of fan outcry which is a shame. Sadly Baxter doesn’t do much here since there’s already so much going on. He’s just a bit wasted here since there’s so many new villains he’s hardly interesting despite showing potential. Beebop & Rocksteady are actually pretty great and felt threatning, even as humans…well at least for a bit until they became a bit too goofy which I guess is who they are but it just didn’t fit well. They make good goons but too much stuff is happening that you forget about them. 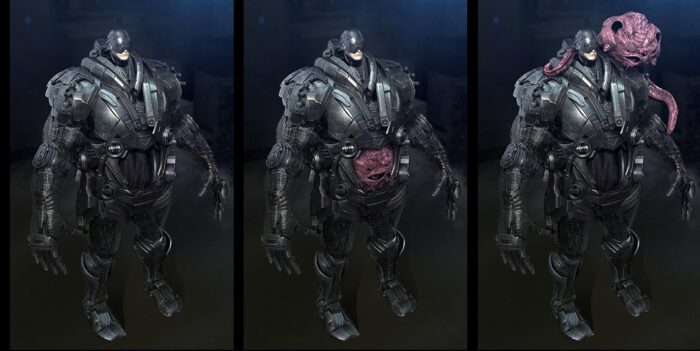 Krang feels weird but I just can’t believe we got Krang in live action, felt too goofy perhaps. But I think it was done well, a bit too much with the tough guy voice and hard to take him seriously when he’s fighting with his own android body. I think this was too much for people to accept since we jump into sci-fi too quickly and most audiences suspension of disbelief only goes so far, it should’ve been set up a bit slower. Still, interesting to get to see the Technodrome in live action. The final vignette is cool enough with the original theme and ninja rap. 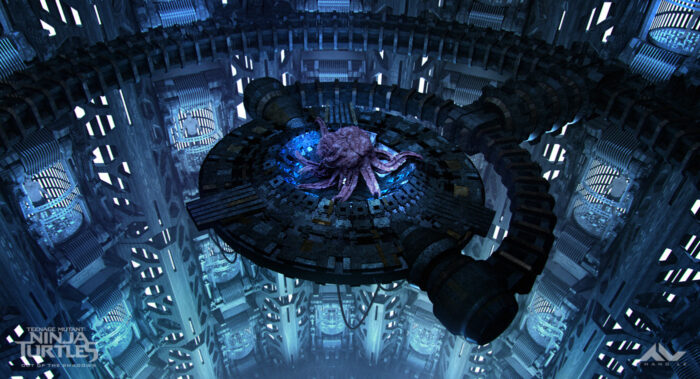 The movie should’ve definitely been split into two to leave room to breath and leave an epic third movie with Krang and the technodrome. I mean there’s also the plot point of the turtles revealing themselves, way too much stuff for only a movie less than 2 hours. And the turtles basically become superheroes here which isn’t for the best. It’s a very busy movie with a lighter tone that works against it but it has decent aspects in it. This time I can appreciate many aspects of it and I can feel in general it deserves a lot more love. 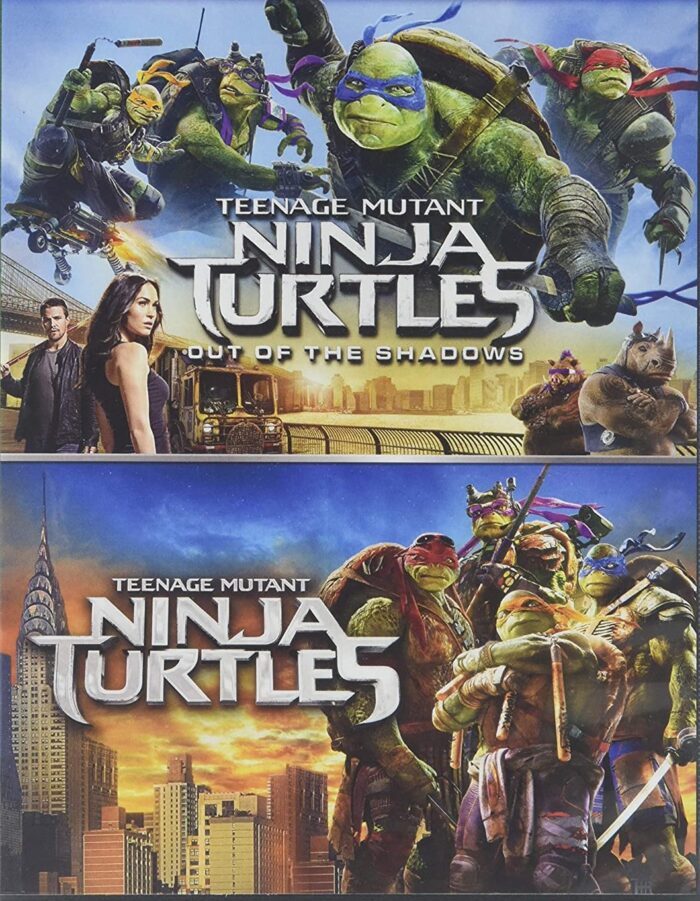 The first movie you can clearly see it was one movie being mixed with another because of fan outcry while the second it’s a new take while keeping the continuity of the first making another mix. This hurts both movies and sadly takes away a lot of the good aspects that were done right. They have flaws but they weren’t as bad as the hate that they got, I would’ve loved to have gotten a third movie with this crazy universe that they built, I mean we’ll never get another live action take of the turtles this out there and sci-fi heavy.