Newgrounds constantly uploaded flash videos of different kinds and in 2007 we got a video called Rawest Forest, it’s been ten years and it’s still as great as it was back then. If you never played Super Mario RPG, it was an amazing game released at the end of the SNES’ life but it had a big impact on those who played it. It basically made RPGs be my favorite genre for many years. The music was also excellent and in particular you had one as you made your way through Geno’s Maze which is the background music of this video “Rawest Forest”.

The lyrics itself reference the whole game as well as point out some of the games quirks. The flash animation has a certain charm and while it isn’t the best it’s still really nice and has a nice style. And is able to feel epic at the same time, nicely done for a mostly comedic video. The creator of the video didn’t actually have anything to do with the song and mainly made the animation. Like the Star Wars Gangsta Rap the creator eventually made a sequel that while technically more impressive it’s not as good as the original. 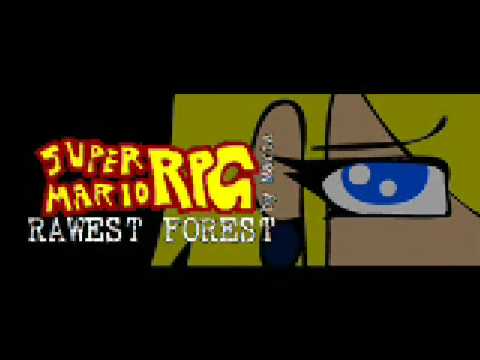 It has it’s own special charm and the flash animation is really impressive, he really learned a lot int he past few years. The lyrics are clever but they just miss something, like any band when something is overproduced it loses its magic. Lyrics below: 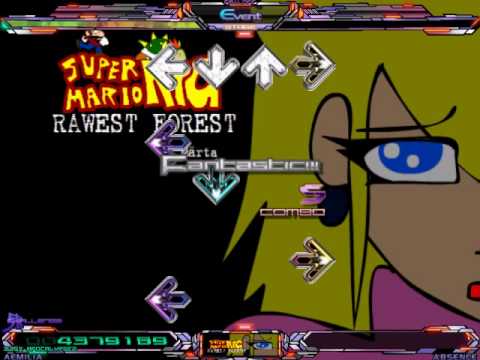 [Goomba]
Hey, have you heard about that Mario guy?
[Koopa]
Him? You mean?
[Goomba]
Yea, the one with the mushrooms
[Koopa]
Yea!
[Goomba]
You know, the one jumping around in the forest
[Koopa]
Yea, yea, I know him, I know him
[Goomba]
Yes? Okay, hey check it out!

[Chorus]
There are many secrets in this game!
Many of which drive some peeps insane!
Why we try to cheat in a really good game?
Just sounds like crap and it makes you look lame!
Exiting the forest is super simple:
All you do is follow these path turns
For the rest of your gaming life

[Verse 2: Exor]
Gimme Star Eye, gimme Cookies, gimme See Ya
Gimme Great Guy’s Casino gimme everything I need
[Exor]
My name is Exor, I’m the rappers angel
Travelling Blade with the Axem Rangers
Why should lamers like Mario with his Party of
A bunch of retarded Joes
Fix a Star Road, I don’t think so
[Geno]
Geno Whirl!
[Exor]
I don’t blink slow
[Geno]
Let’s do this!
[Geno & Exor]
Cause every time I drive and rhyme a rhyme
I damage my right eye more than nine times ninety nine

[Verse 3: Mario]
Lately’s been a boredom and lack of interest
Little cats call us fags and incestuous
Italian guy, gotta buy some time to blast right past
Rescue the captive princesses
Koopas and Gombas, them I laugh at
I’ma hit “A” to raise the level of attacks
Don’t fight the poverty, but hey! Kids that are lonely can
Drop it and play my game to get their bodies to act glad

Waltz of the Forest Lyrics:

Yo, Yo, You’re trapped in this place
make no mistake
or you’ll never escape

Super Mario-oh RPG
If I could ask you to play with me.
Only if it wasn’t a one-player game.
Something about it just isn’t the same.

Entering the forest came with ease.
Now that I’m lost someone help me please!
How can I remember what brought me here.
There is a story to tell, lend an ear.

Once upon a trip a giant sword came down and ripped
Apart a Road that’s made of Stars, then they scattered to afar.
Mario and all the crew, on adventure found a-new.
Follow them as they continue on a quest to save me and YOU!

(Listen to me)
There are many secrets in this land,
Up in the clouds or beneath the sand,
Deep within this labyrinth there is place,
If you go looking you might go insane.