Another X-Mas has come and gone so it’s time to document and harvest all the material crap we got since it’s always fun to share and it’s a tradition I first did back in the X-Entertainment days then on twitter and 4chan’s /toy/ board. Here on MiscRave I first did a Christmas Haul 2 years ago in 2016 but it really wasn’t a great year to start it off and I pretty much skipped 2017 because of being extremely sick but I did get a Nintendo Switch last year with a few games like Super Mario Odyssey and I fucking loved Odyssey, i had a fever the whole time I played the game and I began and beat the game with a very bad fever, that made the playthrough even more trippy for me, I felt I was dying while playing it, truly an experience I won’t forget. But going back to this year, let’s give it another shot and all the stuff I harvested from X-Mas this season. 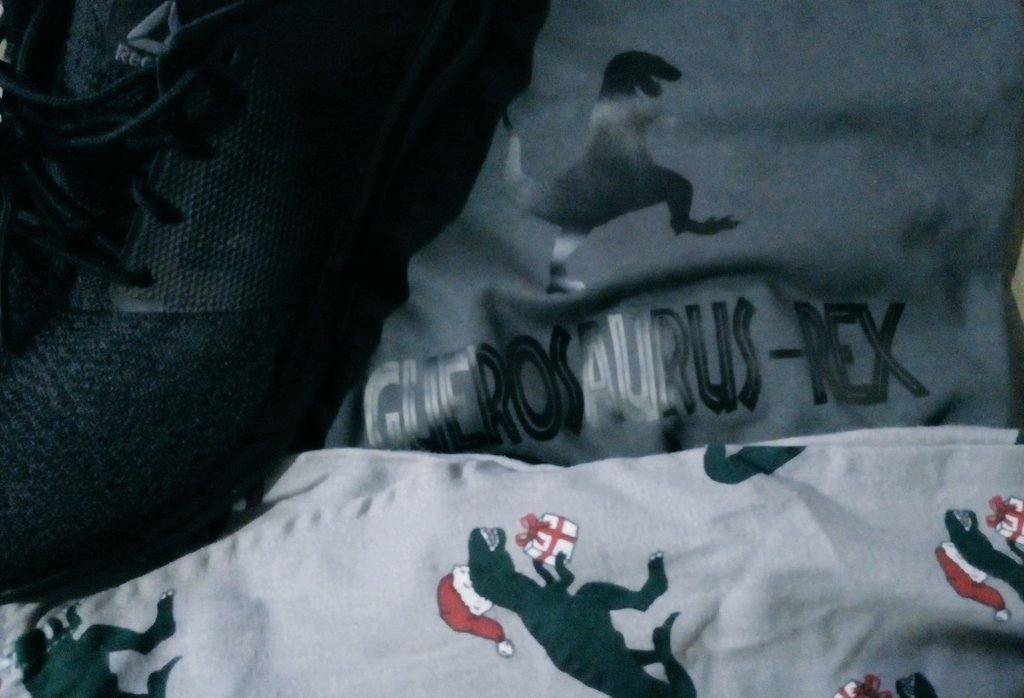 I don’t get too many geeky gifts that are fun to share but there’s some stuff that might be fun, I got some new sneakers since I run I need a new pair every year and I finally got reebok again. They’re my favorite brand for tennis shoes but after 2015 I stopped buying them since I just hated their new logo, I was able to get some shoes with the old logo after the switch but I just couldn’t budge so I tried a few different brands like Adidas and New Balance among others but I finally came to terms that this was the new logo, I forced myself to like it as if it were a crappy video game I asked for when I was a kid and I’m happy. 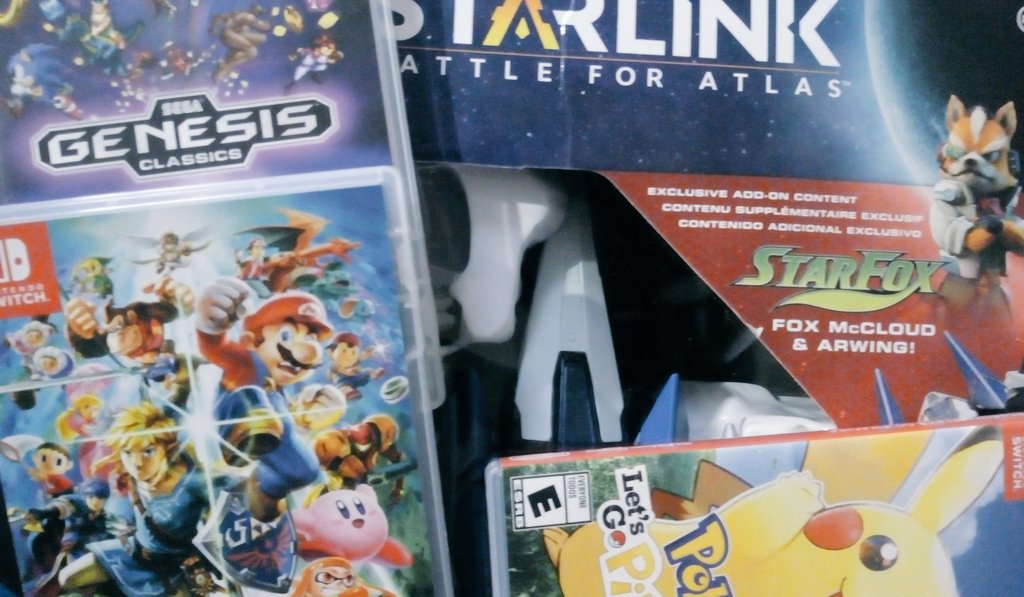 I got some nice stuff from Quebec, Canada which includes a kids encyclopedia and Franklin/Benjamin Halloween book which are perfect for me to read and practice French as if I were a kid learning and a bunch of cookies of different Canadian flavors because I love my sweet stuff. I also got a some new PJs with a custom rex shirt and xmas t-rex pants to go along with them which the kid in me loves and the adult in me isn’t so sure. 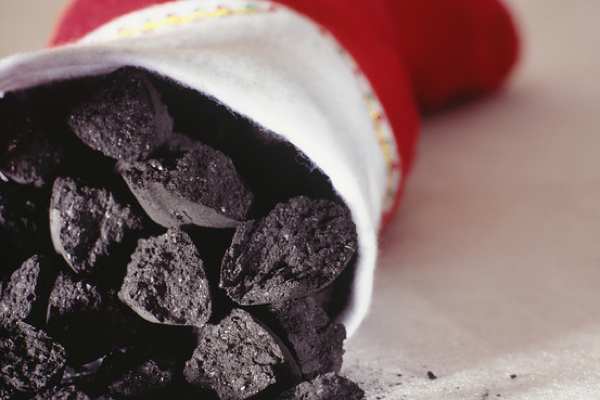 For my Switch I got Super Smash Bros. Ultimate since it’s the “ultimate” Smash experience and so far so good, I like all the “ultimate” version even though I want something different for Smash going forward. Pokemon Let’s Go Pikachu which despite hating a bunch of things about it; the fact that it was always my dream to play Kanto in 3D I just couldn’t pass this opportunity. Sega Genesis Classics since it includes all these games in a small compilation without being super expensive and we never got these awesome collections on the previous systems after the Gamecube since they had the VC which sucked. Finally I got Starlink which I don’t know if I’ll love or not but I always wanted to have a physical Star Fox ship and that won me over, the game from what I can see looks alright and should be fun hopefully. Oh and a fast 128 gig sd card since my internal memory was running out.