Toxic Crusaders was a toyline by Playmates, the same company that made the original Teenage Mutant Ninja Turtles toyline, and wanting to rip themselves off a la Saban with VR Troopers, they got another licensed property to make toys of based off the Toxic Avenger movies. They got an environmental awareness cartoon to go along the toyline, the Toxic Crusaders cartoon was weird but nothing groundbreaking or interesting. The toyline on the other hand is Playmates at their best and everything you loved about the vintage TMNT toyline is here so let’s go down memory lane and talk about Troma’s greatest creation. 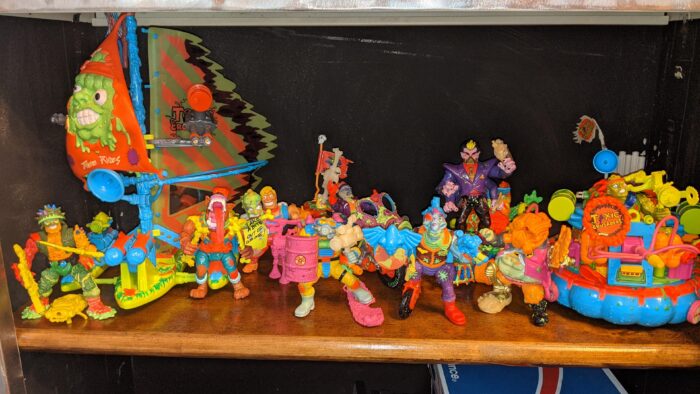 I had no idea what the Toxic Crusaders were since I was a little kid, let alone the Toxic Avenger but I’m guessing this line bombed, and it bombed hard, despite it’s cool sculpts, bright packaging, similarity to the Ninja Turtles line, no one seemed interested. I certainly never met anyone as a kid who knew who they were, but somehow I had the entire line of action figures and vehicles, hell I even doubles of some of the characters like Toxie and Headbanger. The only conclusion I can get is that they were clearance out and my parents bought me all of them and they must’ve been cheap 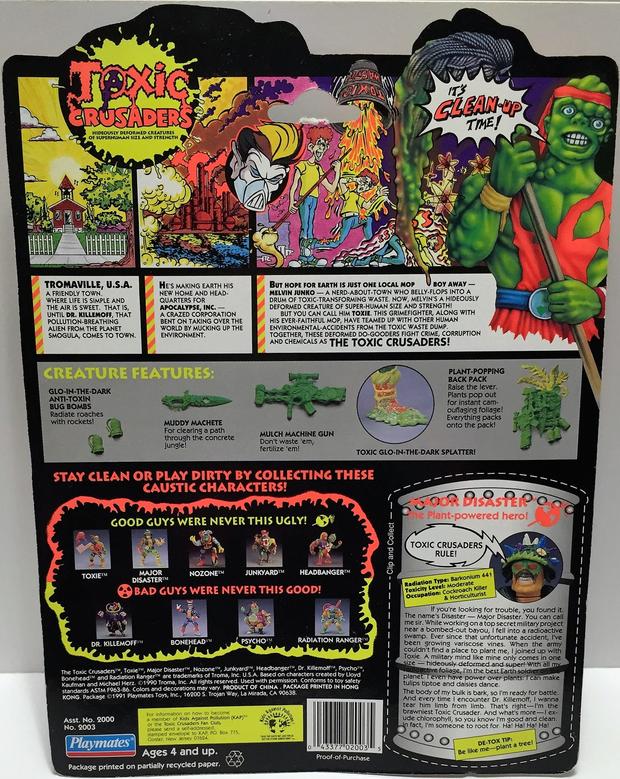 I probably would’ve never asked for them either but thanks to the magic of KB Toys sales I had an entire line of a failed toy line, I was able to enjoy them and they were amazing figures to play with along the TMNT toys. They increased my good guy/bad guy ratio instead of having 8 different raphaels to fight evil. When I saw as a teenager that they were based on adult comedy movies I definitely checked them out and was surprised by how entertaining they were. I feel it’s an underutilized franchise and it can work with so much but let’s move on to the toys. 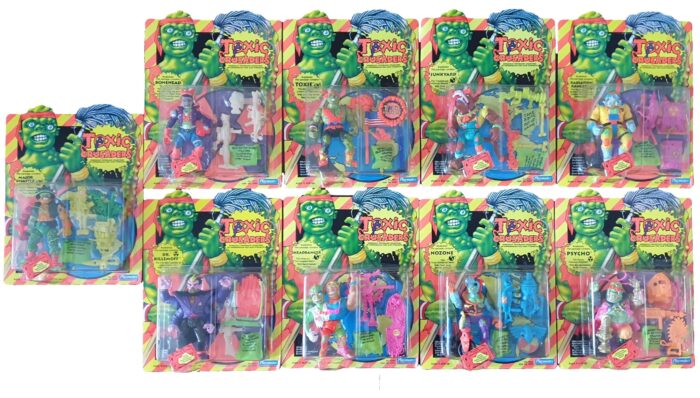 For heroes we had Toxie, who has a very peculiar design, not sure if it’s the best Hero look but he’s awesome for being a hero despite his looks, he represents very well anything to do with ooze. I think they did a great job with the sculpt that resembles the character quite well. Major Disaster is a military tree and swamp thing rip-off, I loved him as a kid and he got in many battles but now he is not as interesting as some of the others. Junkyard was a favorite of mine being an anthropomorphic dog, his long tongue was great despite not having the best action pose. Headbanger was a horrible figure to play as and freaky, but that’s what made it so memorable, I always assumed one of them was good and the other bad. Nozone was my favorite despite having the worst design, his gimmicks were really cool to play with. 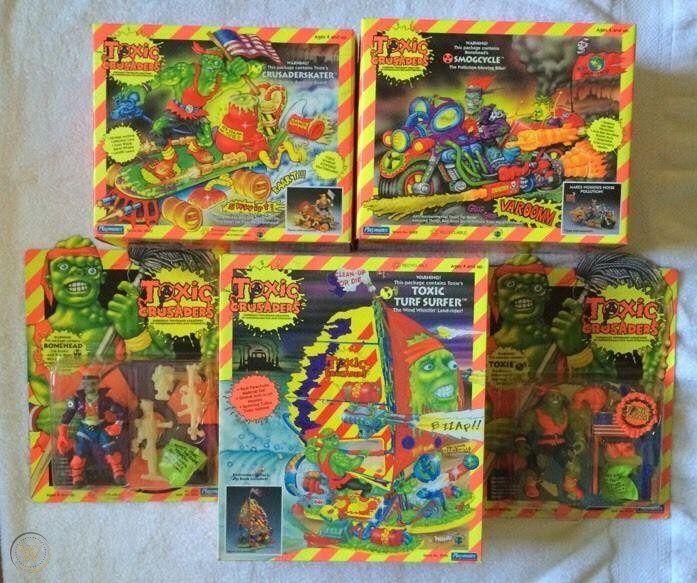 For villains we had a more executive type villain with Dr Killemoff, but he still looked like he could get in a fight, and who isn’t a sucker for 4 armed figures. Bonehead was a great skeleton figure, I liked the punk look and his glow in the dark features, he mostly hung out as a member of the Skeleton Warriors in my case. Pscycho had an awesome sculpt but he wasn’t much of a fighter, mostly there to give instructions or provide updates to the baddies. Radiation Ranger was the foot soldier, only had one of him, but they were cool Stormtrooper looking dudes and great fight fodder for the turtles to go through. 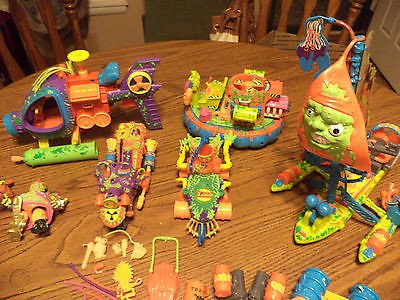 The vehicles were also Playmates at their best, first of all the Apocalypse Attackcopter was amazing and I loved it, it got into plenty of crashes and high speed chases, the chaos and carnage it caused cannot be quantified. It also served as the Helicopter for my Jurassic Park figures to get to the dinosaur island. Hideous Hovercraft another great vehicles that ended up as part of any water adventure despite not flaoting. For the heroes they had the Toxic Turf Surfer which I never liked much, it didn’t float and didn’t serve much of a purpose however the Toxic Turf Surfer which is like a big skateboard was very fun and a great vehicle for heroes to get to other places. The Smogcycle I never owned but it seems like it was a solid motorcycle for figures and villains to use, you can never get enough of those.

I’m glad that apparently the clearance and sales of these figures meant many kids got to enjoy these awesome figures, some vehicles were even repainted and retooled to be part of the ninja turtles line since the radiation theme translated well. The Toxic Crusaders figures also included plenty of accessories, including glow in the dark ones that were in little bags, in many ways they were better packaged an had more stuff than even the TMNT line. I’m glad Super 7 revived the line with different scales for the figures, they really understand what made the action figure line so memorable.