I always wanted a Turok Dinosaur Hunter cartoon, and while we did get a movie, it wasn’t until Genndy tartakovsky’s Primal that we finally got that lost land in an animated format. I don’t think at any prior time we could’ve gotten something like this made, but I’m glad that we live in a world where this can exist. No dialog, mood shown through music and expressions simply brilliant. I don’t know how this show passed through my radar for so long counting I love animation and dinosaurs. IN a way the show feels very early 2000’s in style. It’s violent, edgy, Genndy’s art style, feels like a true Adult Swim experimental project. It very much feels like a Conan the Barbarian in dinosaur land cartoon as well. It’s all cinematic and it feels like it has the proper budget which not many shows can count on. At the earth’s core. It’s all so dramatic, nicely animated and gory but it meshes so well. The lack of dialog is refreshing as it’s not necessary. I get the feels from watching the things happening on screen with bad outcomes like the Land Before Time. I also love that this lost land is violent like Turok. It’s a tragic cruel world where this takes place after all. Spear and Fant are a great team, the show after all is about friendsihip and the convey their emotion really well. Walking with Dinosaurs and Disney’s Dinosaur at one point were not going to have dialog but it was added, I’m glad it wasn’t meddled here and we got the original vision.

It can get a bit too gory at times and many deaths do get to you, like that old Wooly Mamooth. It shows like a National Geographic documentary that Nature is cruel. Every episode tells a compelling story, most cartoons can’t do that with dialog. The more I watch and the more I feel like this is Turok animated. The whole first series was good and comfy. I liked the ending but I could’ve done with less ongoing story and just more random adventures in the lost world so I hope we get plenty of that and not too much story focus next season. The music is great, the setting amazing, gruesome savage. I think so far it’s only missing being a little more sexy. 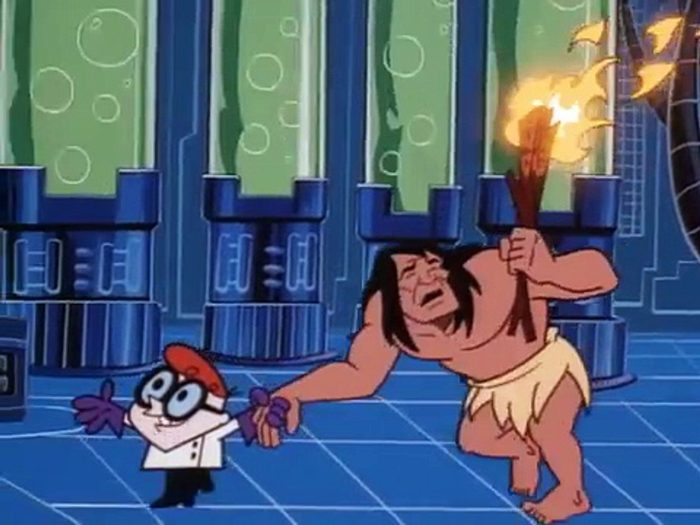 Season 2 is a bit different but the essence of the show remains and while I do wish we had just gotten more of season 1 I’d say this second part is still just as solid. Yeah the Mira story took more than it added but it wasn’t a bad thing. I very much enjoyed it and the episodes it was able to bring us because of i. The episode with dialog Primal Theory was also good, however I’d rather have had a “real” episode instead of it. I guess it was meant to be some type of backdoor pilot, so while not a bad one, it took one episode away from Spear and Fang. The show does get a good ending, I didn’t feel it needed another episode. Killing Spear was perhaps for the best since more seasons could’ve tainted the legacy of the show and at least here we get one great cartoon. But I mean I would definitely watch a spin-off with Spear’s and Fangs daughters or even set in a different time period with other characters or even just more season 1 Spear/Fang.