Pokemon The Movie 2000 Movie Soundtrack is umm.. you could do worse

After the success of not only the first Pokemon movie but also the soundtrack that went along with it, you knew that you’d include a banging soundtrack with a bunch of popular artists for the sequel, Pokemon 2000 The Power of One, though maybe not too confident since the artists aren’t necessarily as popular as the ones from the first movie soundtrack. After getting a nice behind the scenes at the Movie Premier special and a live performance and plenty of advertisement for it, let’s take a look at how well this American soundtrack to a Japanese anime movie fit the actual movie in these tracks “from and inspired by the movie”.

The first track is the main theme of the music which is Donna Summer’s The Power of One which is a great song really and likely the easiest choice to rescue off of this album. But while the song is great and name drops the title of the movie I have to say it’s a bit slow and not exactly what you’d want from a movie like Pokemon, I”d expect this from an 80s kids movie that did not care for what the kids would actually enjoy but at the very least you can ague that there was some talent there. We continue with Dreams by Alysha, Alysha who? I can’t say I know either nor Wikipedia for that matter and don’t see how it fits Pokemon at all, only thing I can find in the lyrics that might fit is she says “As long as you know it’s not impossible” but it’s being taken out of context.

By this point boy bands had already had seen better days but that wasn’t stopping Dream Street with They Don’t Understand and the singers sound like they’re 13 with lyrics that only an 8 year old could relate to. The song is about parents not understanding but at the very least they drop POKEMON randomly in the song, unsure if this is only in the soundtrack version or if it was indeed an originally, but I guess parents really didn’t understand Pokemon back then. Angela Via with Wonderland at least has allusions of another world and a journey which can apply to Pokemon in this bland song so I guess it’s the strongest song with ties to the movie since the first track.

Plus One- With All Your Heart comes from a Christian pop band which that niche alone means they were more known than most of the album here even if they were only active for a few years but that’s really for the best. This track actually references the power one person can be so while a rehash of a theme at the very least it seems they tried to do something related to the movie or their christian lyrics are so generic that any of their songs sort of fit already. Laura Pausini “The Extra Mile” again is only related in the thinnest sense possible but at the very least her experience of being a famous Italian artist shows since it doesn’t feel as cheap as some of the other choices.

And here we have the only song that actually had a real music video thanks to Westlife’s Flying Without Wings which is oddly appropriate since Lugia flies but he has more arms with hands than actual wings but that’s pretty much it when it comes to references. Going for the boy band look here as well, at the very least some budget was put into trying to make this a radio hit. I sort of get more of a Christmas vibe from the rhythm of the song. The music video mostly has them dancing around slowly looking attractive with perfectly matching outfits in this high tech stage which is the most interesting thing in it and now I want a movie set in that stage with the munk choir as well and the angel which I assume is an alien levitating the humans around her high tech space ship in her cute see through blouse. 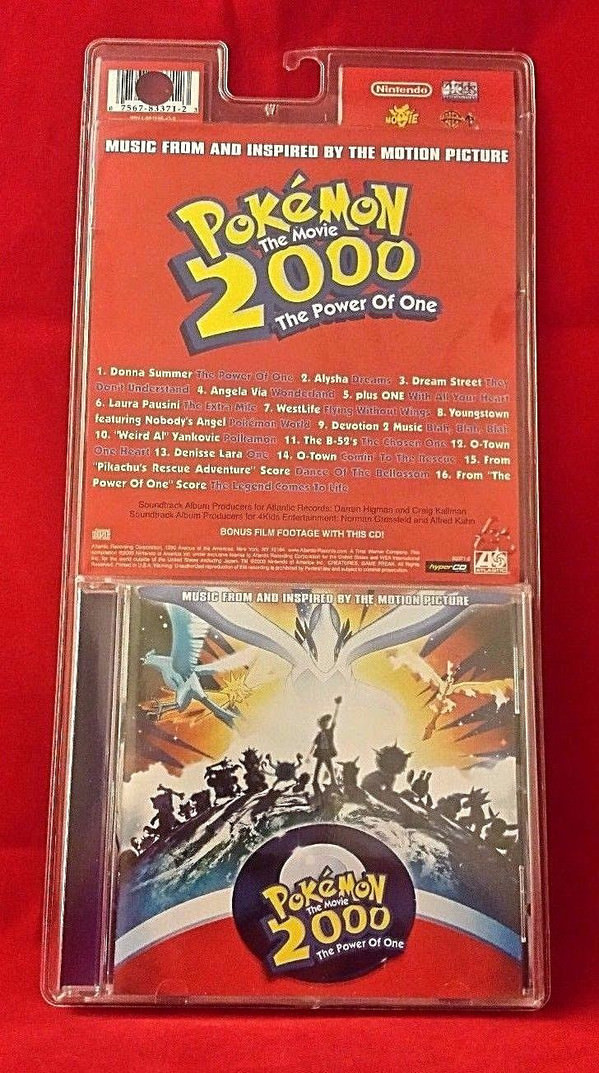 Youngstown and Nobody’s Angel Pokemon World is a cover of the Opening theme song of the second season of the Pokemon Anime, the Orange Islands. Normally this is one of my favorite tracks from the american movie dubs but this one is somehow slower and doesn’t seem as loud as the original song which is a shame, it’s alright but not only not as epic but one of the weakest of the other movie cover versions of the season themes and all thanks to having a boy band and girl band do a collaboration on it. Devotion 2 Music’s Blah Blah Blah is an odd as hell song but catchy and original, the song has absolutely nothing to do with Pokemon except for one random mention of “Catch ’em All” and 2 of “playing Pokemon which could’ve very well just been added at anytime to make it fit. I give them props for not only trying but helping this soundtrack not be a huge stinker. Blah Blah Blah.

Weird Al” Yankovic’s Polkamon gives us a known name again with a song that he clearly tried his best to do something with a franchise he doesn’t understand so I give him credit but I don’t think it’s as good as most of his stuff. Then we have a New Wave band with The B-52’s The Chosen One that takes actual lines from the movie and somehow blends it in into some sort of song that while a bit mediocre is at the very least not another boy band pop song. But that doesn’t last long as O-Town – One Heart stinks it up with more boy band action which is all the kids who were in full Pokemania mode wanted in their soundtrack and a random name drop of The Power of One is all they needed to get in the soundtrack.

Denisse Lara “One” shows us that none of the artists knew what the hell Pokemon was and the title of the movie meant they could just write or use a generic self empowerment song and the record label would not notice they did no effort to be promoted on the album. I guess the song is not all that bad but we really did not need a fifth song on the power of one in this soundtrack. O-Town – Comin’ to the Rescue is the last vocal song since one appearance was not enough for this boy band in this song that seems straight out of an opening of a saturday morning cartoon again only sneaking random generic lyrics that might fit the bill just to fit in 2 of their tracks here and propel way over N-Sync and the Backstreet Boys. It’d be a huge downer to end the album there but luckily we get Pikachu’s Rescue Adventure: Dance of the Bellossom with random Pokemon repeating their voices over some beats which is already better than 95% of the album and also The Power of One: The Legend Comes to Life and it’s just the Power of One theme that plays in the movie without any lyrics Donna Summer added to her version and that’s all it takes to not end this awful album on a whimper. 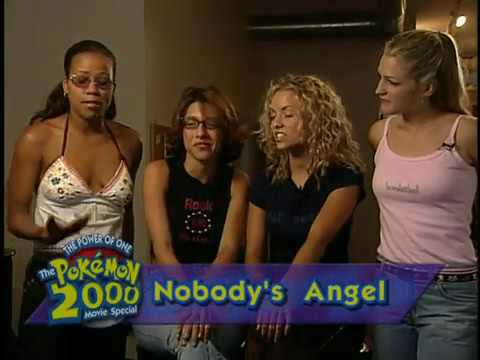 There isn’t much nostalgia going on for this album like the first soundtrack had and outside maybe two tracks there just isn’t anything memorable from it, maybe we can blame the lowered box office of the second film on this. You can bet these uninspiring group of songs didn’t jumpstart any music careers of any of these unknowns like they hoped Pokemon would but at the very least they can tell their grandchildren when they’re playing Pokemon Generation 15 that they were in the soundtrack of the second movie. Not even a presidental candidate quoting the soundtrack can save it, thanks for the crap WB Atlantic Records.