As I posted about after the Nintendo Switch conference, I haven’t exactly been hyped for the new console. Like with the Wii U, I really want to be excited but I just can’t find it in me to make it worth it and there are plenty of reasons why. I love Nintendo and have stopped myself from ordering it 3 times now.

I want to get a Nintendo Switch I really do but I can’t justify the purchase with all the blunders Nintendo has done with the Switch and this is without mentioning that I already got burned with getting the Wii U when it launched.
-$300, expensive but acceptable until you realized Nintendo cut corners everywhere (no charging grip, 32gbs)
-no youtube/netflix/apps in general
-paid online and it being a mess when compared to Sony/Microsoft
-no miiverse
-a bad portable and a bad console instead of being the best of both worlds
-lackluster announcements and presentations that show Nintendo hasn’t learned
-VC not even announced and counting their track record the best we can hope for is trickle releases and paying a “discount” again
-mynintendo service is complete and utter crap
-the Switch literally costs more than $500 in my country just for the system
-controller not having analog triggers
-pro controller being expensive

I like that Nintendo always does their own things but lately but it seems every time they do more and more anti-consumer and fan exploiting things that I just can’t unless Nintendo shows their willing to do things correctly I won’t be getting it. Early adopters of Nintendo hardware constantly get used and then discarded instead of being taken care of. 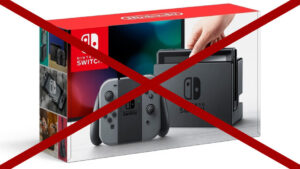 The fanboy attitude of “they don’t owe you anything” couldn’t be any less truthful, they do owe us, who have stuck with Nintendo for so long through the worst times and they constantly abuse the hardcore fan. Nintendo has shown this in all its history.

See that’s exactly it, they’ve had how long to make these deals and have them ready for when they launch and look, nothing. We have to wait again just like we had to wait for years to get N64 games on the VC and no one cared anymore. Yeah Netflix/Hulu/etc are essentials on electronic devices now, I don’t want to get out another device while I’m already using one it’s ridiculous especially counting the Wii was the most used device for Netflix for a few years.

The worst part is in an interview Reggie said “we want to focus on games not apps”, what the hell kind of message is that, first they have very few games and while the “right now” implies it’ll happen later (i.e. they’re not ready), it will be how long? but no apps means they’re closing any cool ideas people might want to come up with for the Switch. 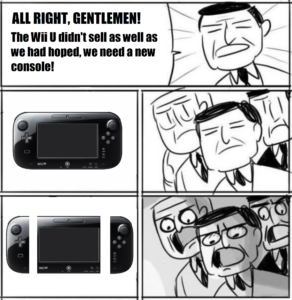 It is expensive, just because something launches doesn’t mean it can be any price, this console is competing with the mentioned systems that you can find cheaper and with bundled games. This device is not doing enough to separate itself from the others like the Wii did and it’s not showing enough/convincing people. Nintendo fucked up big time with the Wii U and they had to work double to entice costumers and it seems they’re doing the bare minimum. I’m a huge Nintendo fan as stated before and after the huge burn I got from the Wii U and seeing that Nintendo hasn’t learned I think I’m going to have to wait it out until it’s cheaper or it gets a revision. I really want to support the company but not like this, they deserve lackluster sales again.

And again like I mentioned I would buy a Switch day one at $300 but when you realize that they have learned nothing from the failures of the Wii U then no it’s not worth $300 because I did learn and I learned not to trust Nintendo as much as I may like the Switch or love the company since they have no regret on screwing the fans when things don’t go their way because of terrible decisions.

I feel crapped on and that’s exactly how I feel, I’ve been a loyal Nintendo costumer and they go out of their way to screw us over. Ok fine we stuck with them with the Wii U which had tons of problems that they never addressed but they don’t even throw a bone at us to continuing to supporting them at their worst times. Was it that hard to give a discount to digital owners of the enhanced ports? Continuing the community on miiverse the diehard built up, these things are small things that don’t need to be focused on but wouldn’t cost them a lot to implement and would keep their die hard fans happy instead of “sorry let’s move on” and introduce another failing console, that’s what drove Sega out of the hardware business and it’ll happen to Nintendo.

It makes you a bit bitter, especially early adopters who saw a $50 price decrease and bundles quickly because it wasn’t selling and no ambassador program like 3DS. Not forgetting it took over a year for the Wii U to be updated so it wouldn’t be super slow, all the features that took years to come out, terrible online service, expensive shop compared to competition, bad emulators for the VC, tablet was never utilized properly outside of very few titles here and there, terrible battery life, etc, lying that stuff was coming, probably most early switch games all started as Wii U games, artificially delaying BotW so it would come out on Switch, no sales, censorship not seen since the 80s/90s, promises and promises and promises.

And even with all that I can forgive Nintendo but when you see that they’ve learned absolutely nothing for the Switch I think I’ll take the wait and see route. 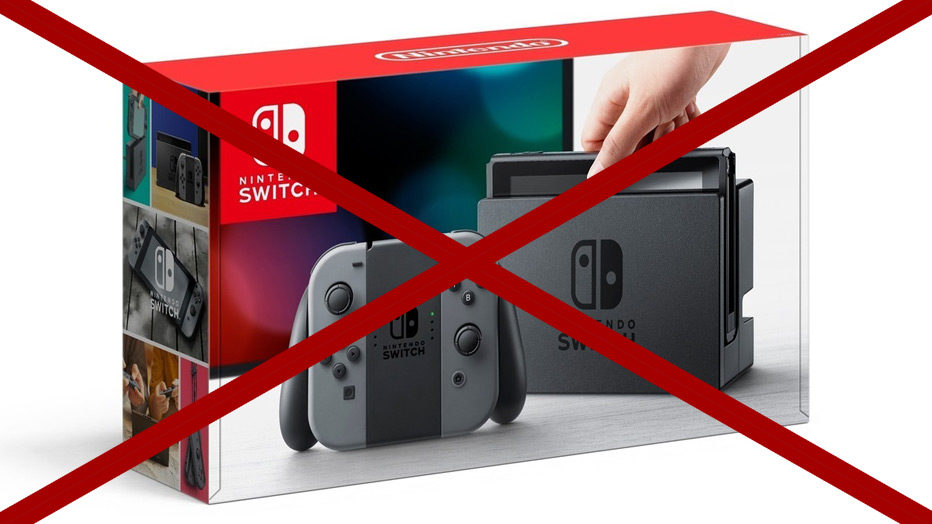 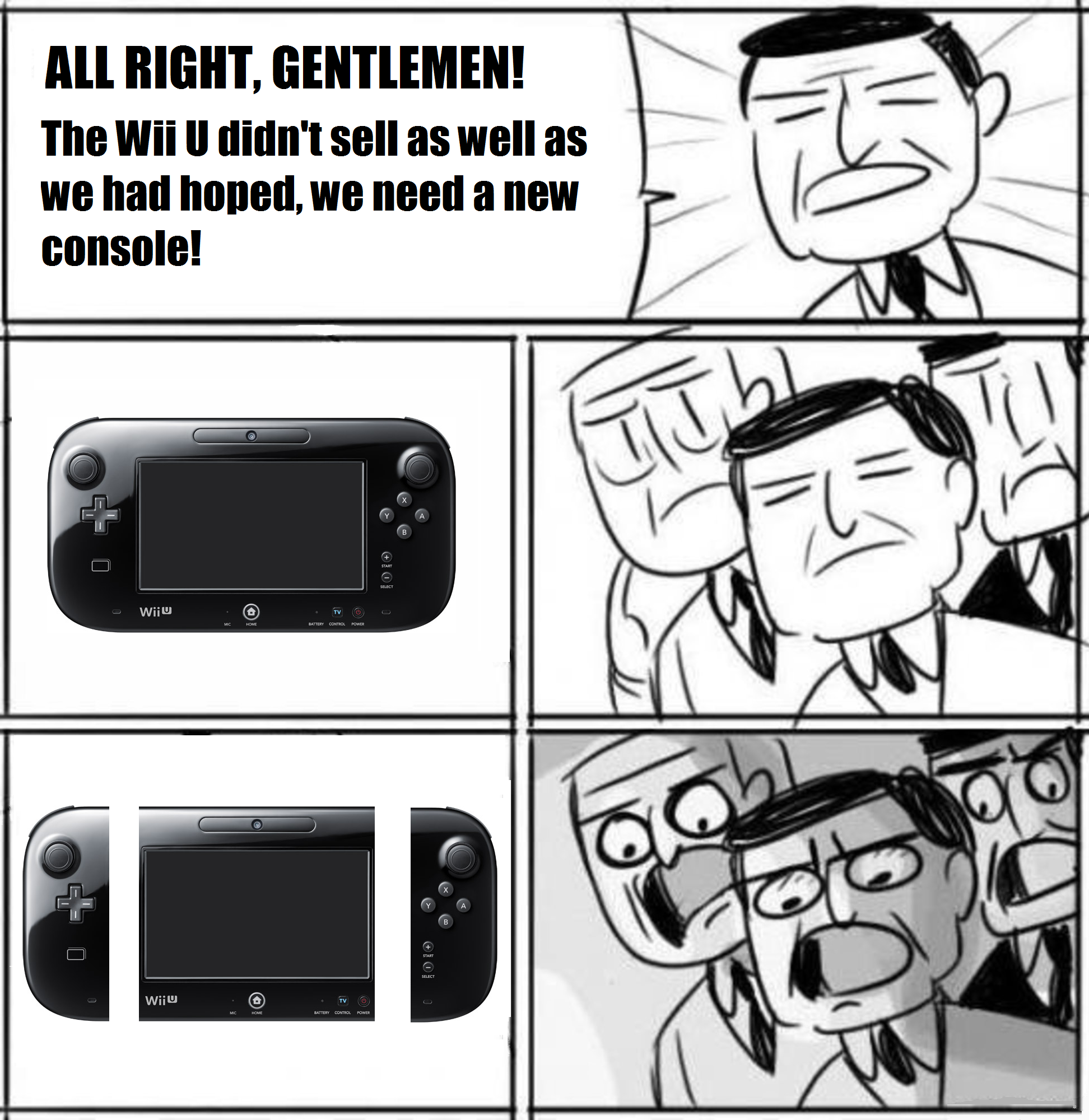