I remember watching Mortal Kombat the movie on Pay-Per-View as a kid, I had only played Mortal Kombat II so I didn’t know much about the story or characters but the movie amazed me and I became a big fan of the franchise. I had already liked the game but it was really the movie that made me love it. I always wanted to check out the sequel Mortal Kombat Annihilation but I never got the chance. The original movie is basically responsable for making Mortal Kombat as big of a franchise as it did, sure it was already huge but the movie helped it become much more than just a popular video game at the time like many other gaming properties from the 90s that are now forgotten, so let’s go pay tribute to the two Mortal Kombat live action movies from the 90s that started a shared universe. 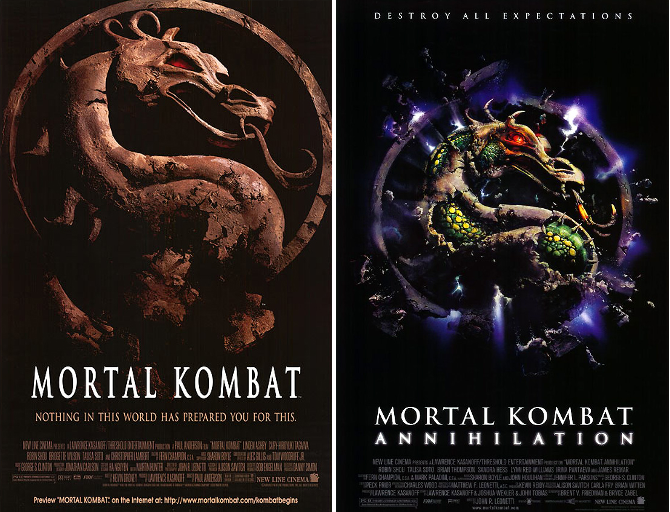 The movie being PG-13 means it gets a lot of hate from people since it’s not violent but Mortal Kombat is much more than that, it’s also the story and fighting which for the most part gets it right. We begin with the iconic techno song which everyone loves and people want to see it used in games even now but it definitely belongs in the 90s than in any modern interpretation. The movie feels low budget now but it’s still good for what it is. We are introduced to Liu Kang, Sonya Blade and Johnny Cage rather well as is the set up of the plot. The world in general that they inhabit is introduced nicely and all of this is done in less than 20 minutes which is a fantastic job in pacing.

There are definitely some questions that the movie makes you wonder like why is Shang Tsung selecting the mortals to fight in the tournament? They were chosen already but apparently Shang Tsung has to help recruit them? that’s odd. It’s worth mentioning now that like the games the movie is so quotable, especially Shang Tsung. I also like how the fights are all in different locations and they do a good job at showing why they happen there. Which brings the point of how the rules of the tournament aren’t ever really mentioned but we go along with them.

Sonya Blade is definitely disappointing in her fights, not to mention she isn’t wearing her iconic attire but the black special ops suit works ok, but she isn’t a great actress in general. The Kano Sonya fight is a lot lamer than I remember, none of the characters really shine. Kitana is played by Vampirella but with a far more modest costume. She is a decent fighter, we get to see her fight Liu Kang as well which Liu Kang in general fights quick fights and jobbers for the most part outside of Sub-Zero which is an underwhelming fight. In general most characters don’t use special powers a lot to be more “realistic”. 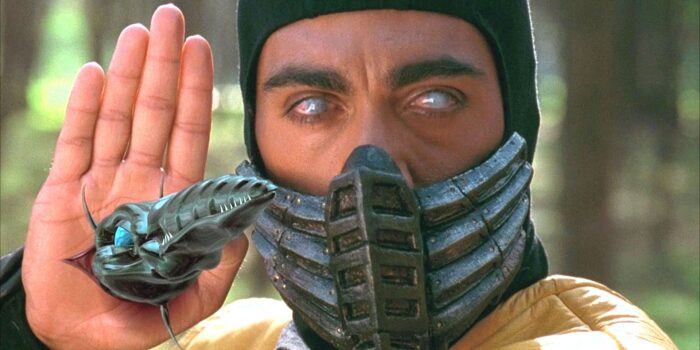 Goro was done in an amazing way and it’s nice to see him be more than just a muscle since he does get some dialog. Goro fights random people and it’s great to hear random rock music as people chant Goro. Johnny Cage is not cocky enough but he’s decent and gets some good moments of characterization like with his $500 sun glasses. Scorpion gets a good fight with him, the get over here sounds weak but I do like the CG Snake creature that comes out of his hand more than the chains. We get to see them use weapons which becomes a staple of Mortal Kombat starting with 4 and even a friendship done in a way that it works. 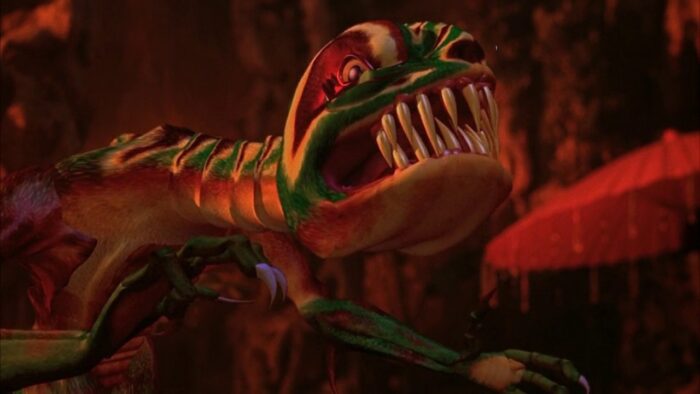 The CG Reptile is so bad but neon so I like it and I guess eventually Reptile did become a reptile so it is fine. I especially like that since he is a secret character the fact that he randomly shows up is a nice touch. In general the fights in the movie are quick but they do their job, same with the martial arts which are far from great choreographed but they are fine. Some deaths are a bit more gruesome like Sub Zero’s. In general the movie doesn’t feel as epic as it once did but it does a fantastic job in understanding the essence of what Mortal Kombat Kombat is. 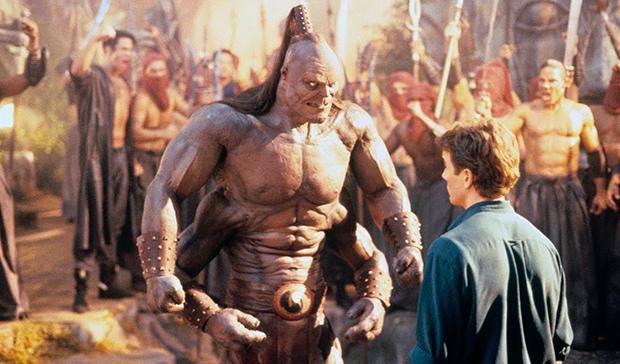 There’s a reason people considered it the only good video game movie for many years and you see it’s influence even today with Mortal Kombat XI, Australian Kano, and Mortal Kombat Legends. In general the movie became the defacto canon version of the first tournament’s events. The movie lacks sex appeal and needed to be more violent but it hits all the other checkmarks. Don’t forget to watch the world building of the movie and characters backgrounds that is done in the animated prequel movie. Ends perfectly, a bit dated and cheesy but great fun. 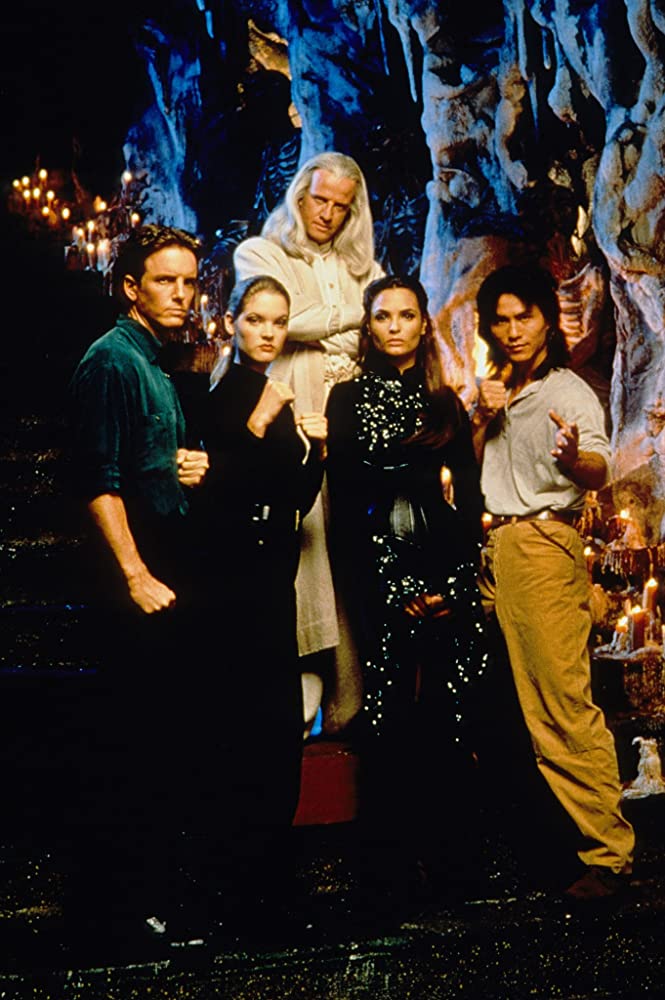 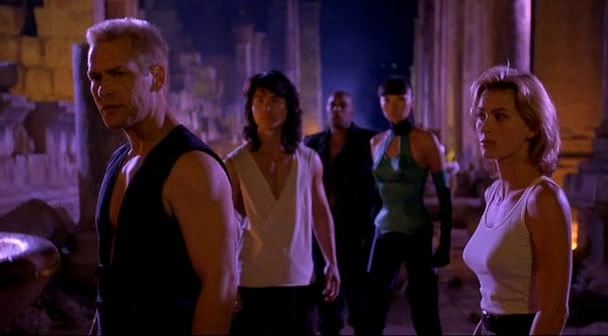 Annihilation begins exactly where the last one ends which is awesome as not many movies do that, you get all these great fighters from Mortal Kombat Trilogy of games make an appearance, and that’s awesome, not to mention Shao Kahn. It’s like a dream come true but people hate it, I watched it for the first time completely besides having watched a few scenes out of context. They definitely go all out on the cheesyness of Mortal Kombat and that’s perfect for me, like a dream come true that this was even made. 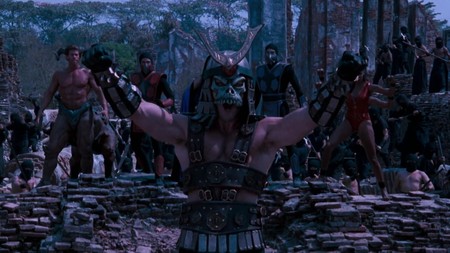 It starts with a bang with a lot of stuff happening, we get to see Raiden fight, and way too much world building very quickly, I can see why most casuals where overwhelmed but it was glorious, I mean Ermac and Rain are just there because hey it’s Mortal Kombat and yeah most characters that are shoved here don’t get a lot of screentime but neither did Goro. Here Kitana actually uses her weapons, we get god damn Cyborg Ninjas running amok and slightly more gruesome deaths. It’s not like the story of Mortal Kombat doesn’t get sillier the further we go, and counting we didn’t get another I’m glad they went all out. 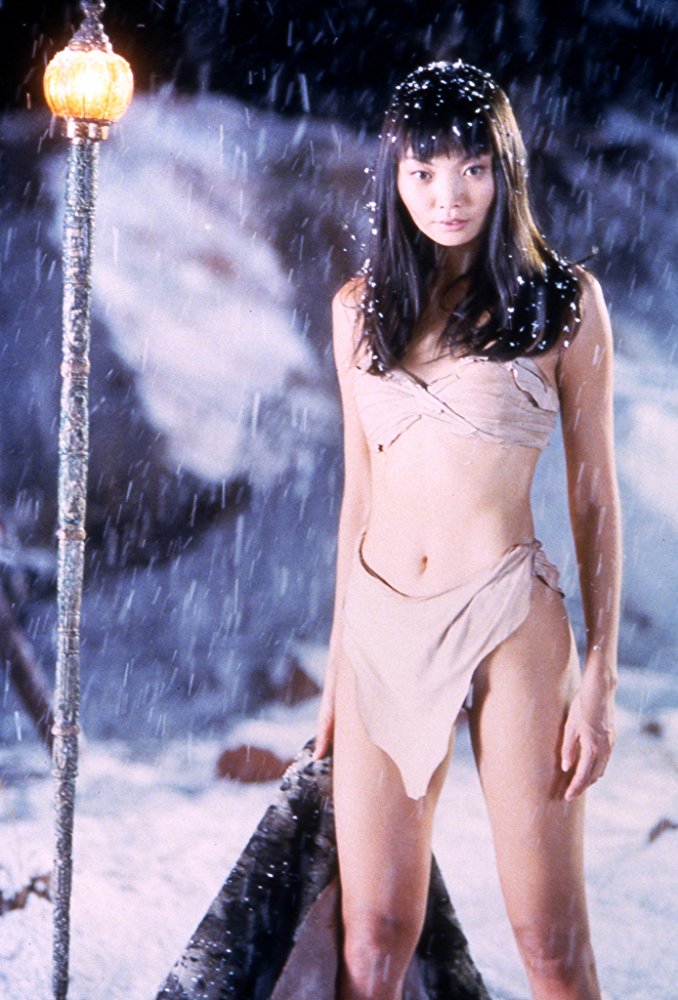 Sub-Zero in this movie already gets more character development than int he previous movie and his scar looks good enough as well. Scorpion randomly shows up because, why not he’s undead and finally we get Scorpion vs Sub-Zero. Fight scenes are also better than the first movie as well. We get fight after fight, so a lot of Mortal Kombating going around here. Jax gets his cybernetic implants and f Cights Cyrax. Cyborg Smoke goes against Liu Kang and Sub-Zero, Sonya is a slight improvement from before and fights Mileena. Sindel fights the earth warriors, we get to see Liu Kang fight Barakka, fights galore.

The movie is full of cheesy dialog but so was the original movie, we get to see animalities mentioned and Jade is already more sexy than anything in the past movie. With more characters of course there’s less screen time for them and there isn’t much of a plot, especially if you didn’t see the last movie or are familiar with the Mortal Kombat mythos and lore. I am so happy something like this could be made, I feel the Mortal Kombat original movie got to have a sequel that wasn’t just a bad movie with missed opportunities, it gave us everything that was Mortal Kombat at the time, sure it was rushed and cheesy but it did what not many could’ve expected. 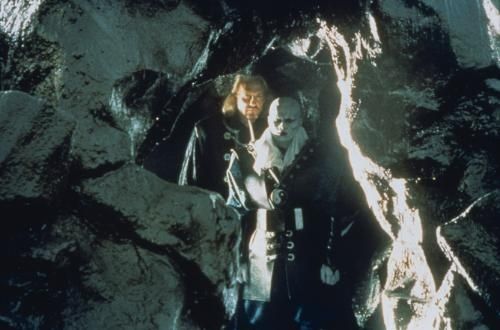 The mix of plot with Mortal Kombat 2 and 3 works, we get the extermination squads, Shao Kahn’s generals don’t get much attention but that’s ok, it’s cool to see them even if just as cameos, instead of ignored or random soldiers, the new games do this a lot with older characters just cameoing in the games. Many characters still get some development despite this, the movie just flows quickly and if you miss a second you missed some segway to the next plot point. Sindel is a bit weird and Shao Kahn is made into a wuss by having him have a father but it’s all cool as it leads up to the end. 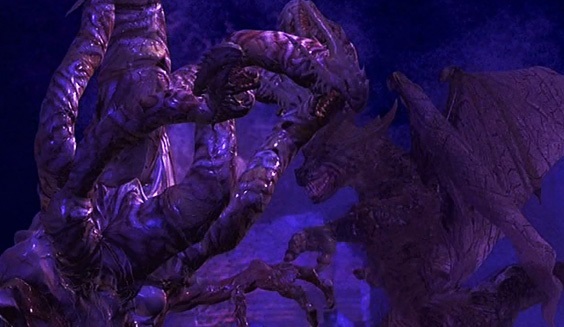 Animalities are hinted or somewhat shown during the movie and we get a full Kaiju fight using animalities as an excuse, what the hell it’s awesome. The movie feels like the mess of end game that is MK Trilogy with all these characters origins and story convoluted into a faithful adaptaiton on screen. Shinnok is in the movie, Quan Chi, Raiden is the brother of Shao Kahn and becomes an elder god and this wraps up the entire Mortal Kombat live action continuity. it’s a weird ending but what’s not to love.