By this point in The Land Before Time franchise had this reputation online of something that would never end and would get made fun of every time they announced a new movie. Everyone would ask when would the meteor finally hit (hey that happened in the last trilogy!), it was open season on the property and every blog could joke about it as well. Even though I hadn’t watched any of them I also wanted them to end even though I wanted to watch the whole series out of morbid curiosity. So with DVD sales being at its pique, let’s see what these young dinosaurs brought to the table. 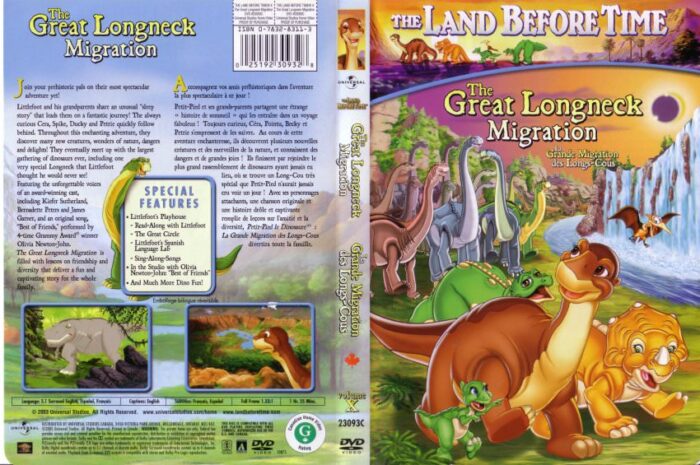 The Land Before Time X: The Great Longneck Migration

It takes 10 movies but we finally get the background of Little Foot’s father in this film and even though it’s a rather weak explanation I have to admit that it’s satisfying enough. The film isn’t a huge classic by any means but a strong contender in the franchise and most long running direct to video series. They could’ve easily messed it up on so many ways but it is able to deliver even if it’s far from the coolest thing that’s happened in any of the sequels. This is also the second time we get to have a movie that has a flashback to the era of the first movie.

The premise is that because of an eclipse the long necks go and try to stop the end of the world, there Little Foot meets Bron only to find out that its his father and another small brachiosaurus who doesn’t have a father and thinks of Bron as his. Drama ensues between all three characters and it gets a satisfying resolution albeit a bit weird for both Bron and Little Foot to decide to part ways but I guess the gravity of status quo was too strong.

The Land Before Time XI: Invasion of the Tinysauruses 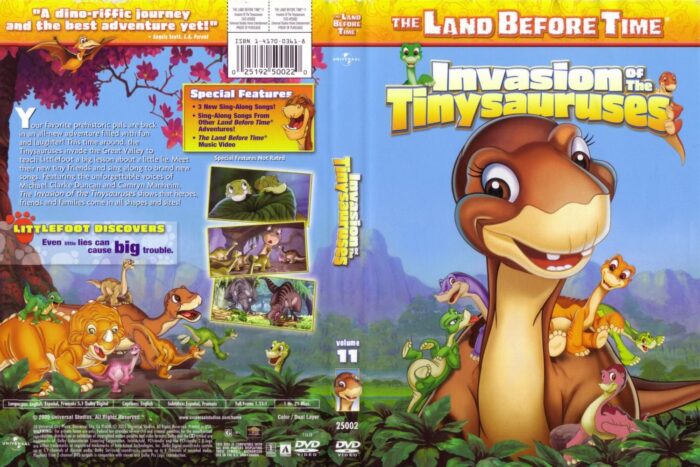 This was the last movie to be made in fullscreen and going back to a more basic story with tiny dinosaurs in the shape of a brachiosaurus as the main plot driving force. We also get to meet a new character named Tria who becomes a love interest for Cera’s dad, what’s interesting about this is that instead of returning to the status quo like most movies, this would actually be something that is followed upon in future sequels. This movie didn’t come out a year later but two years later which had only happened once before. 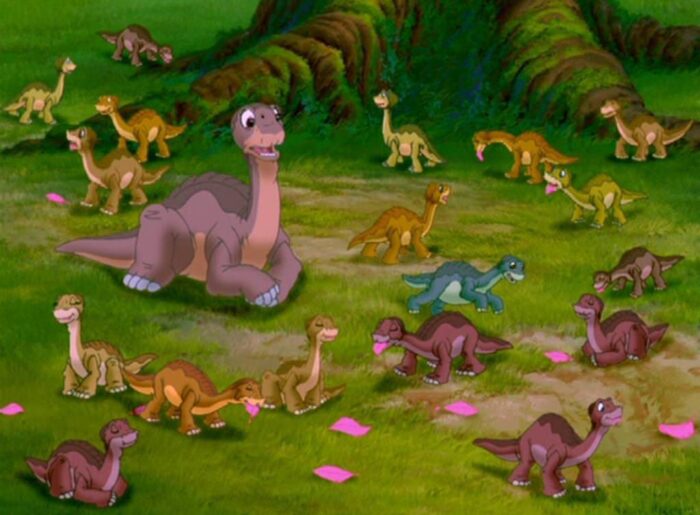 Not one of the strongest films since it mostly deals with Little Foot learning a lesson in the end, Cera being well like Cera and the Tinysauruses just being the new gimmick of the movie. It was nice for Cera to have a movie revolving more about her since even though she always plays an important part in many movies, this was a little more focused on her. We see Utahraptors get into the valley which this seems to happen fairly often but all ends well.

The Land Before Time XII: The Great Day of the Flyers 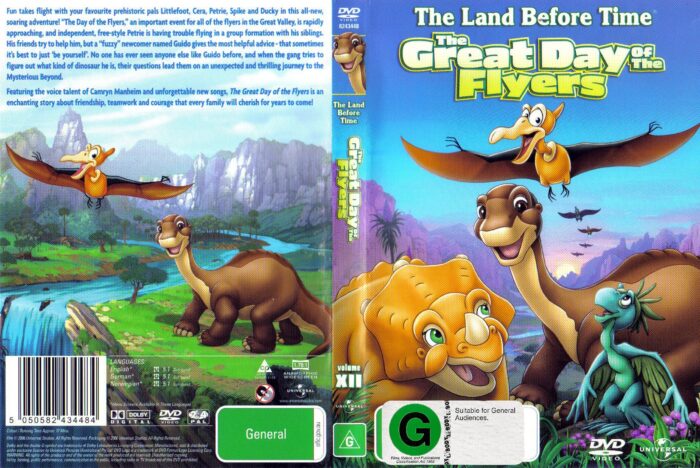 The next movie turned out to be another stretched out episode of a show but this time dealing with Petrie and his family which I had always been a fan of and wanted to see more of since the original movie as a kid. We get yet another important event for the Great Valley that is celebrated with the day of the flyers and meet this movies sh-tty friend Guido who is the gimmick of the film and the first time they feature a feathered dinosaur in the films as a main character. 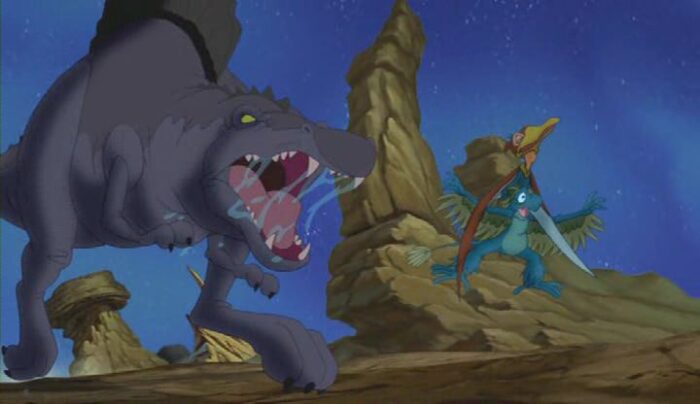 This was the first movie to be made in widescreen and we get to see some continuity with Tria coming back and playing a small but recurring role now. This film is definitely a low point that reminds you of those early sequels this series had which were just extended episodes of a tv show but we do see Petrie lose his fear 13 movies after he originally did it in the first film…huh? But hey, at least we get a Spinosaurus! 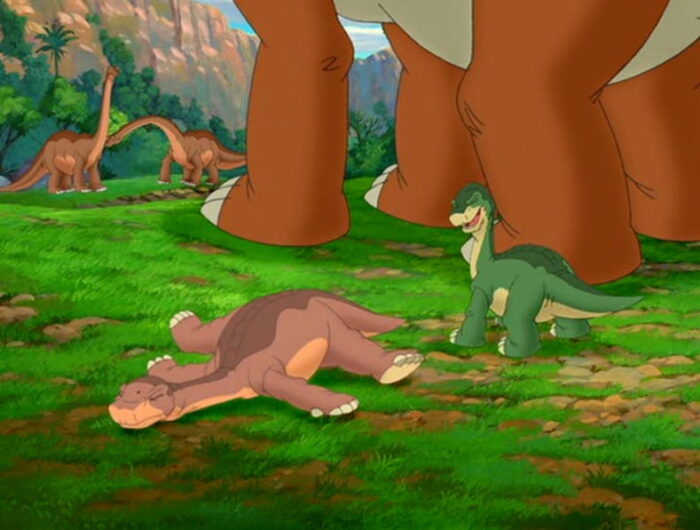 This was the last of Charles Grosvenor’s movies, he had a good run and while some were a bit generic he also introduced plenty of interesting concepts to the franchise. I definitely think the movies get too much hate and are decent enough for what they are, but that doesn’t mean the movies couldn’t have been a lot more. Then again this format was rather successful for so many years so who are we to judge. 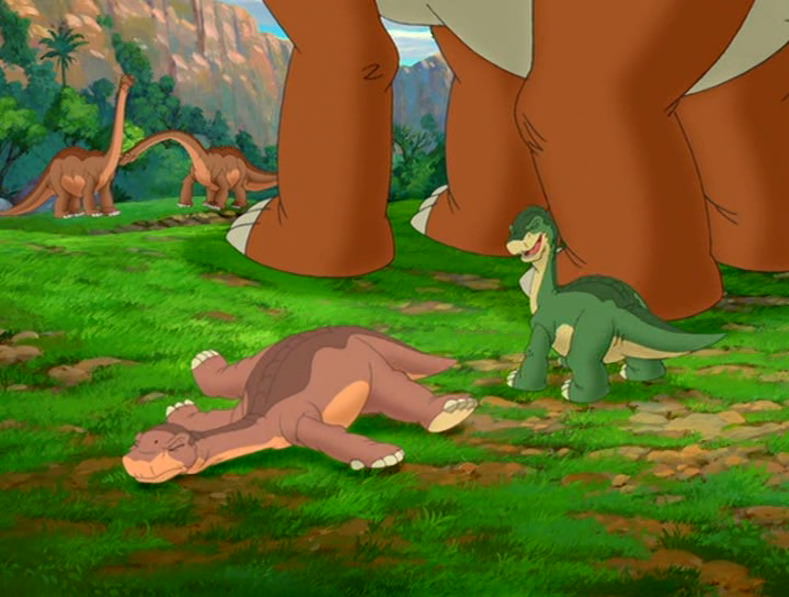 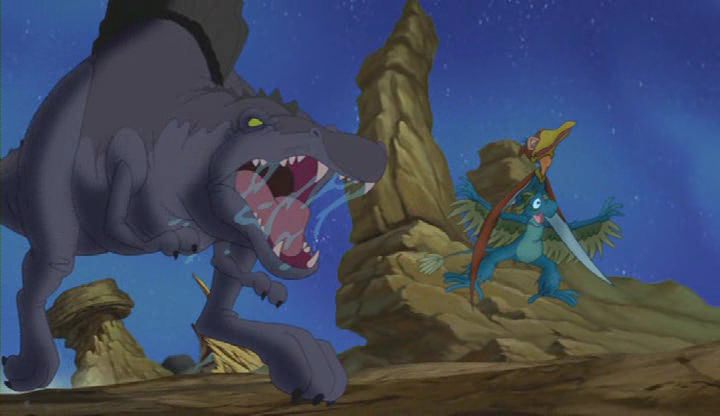 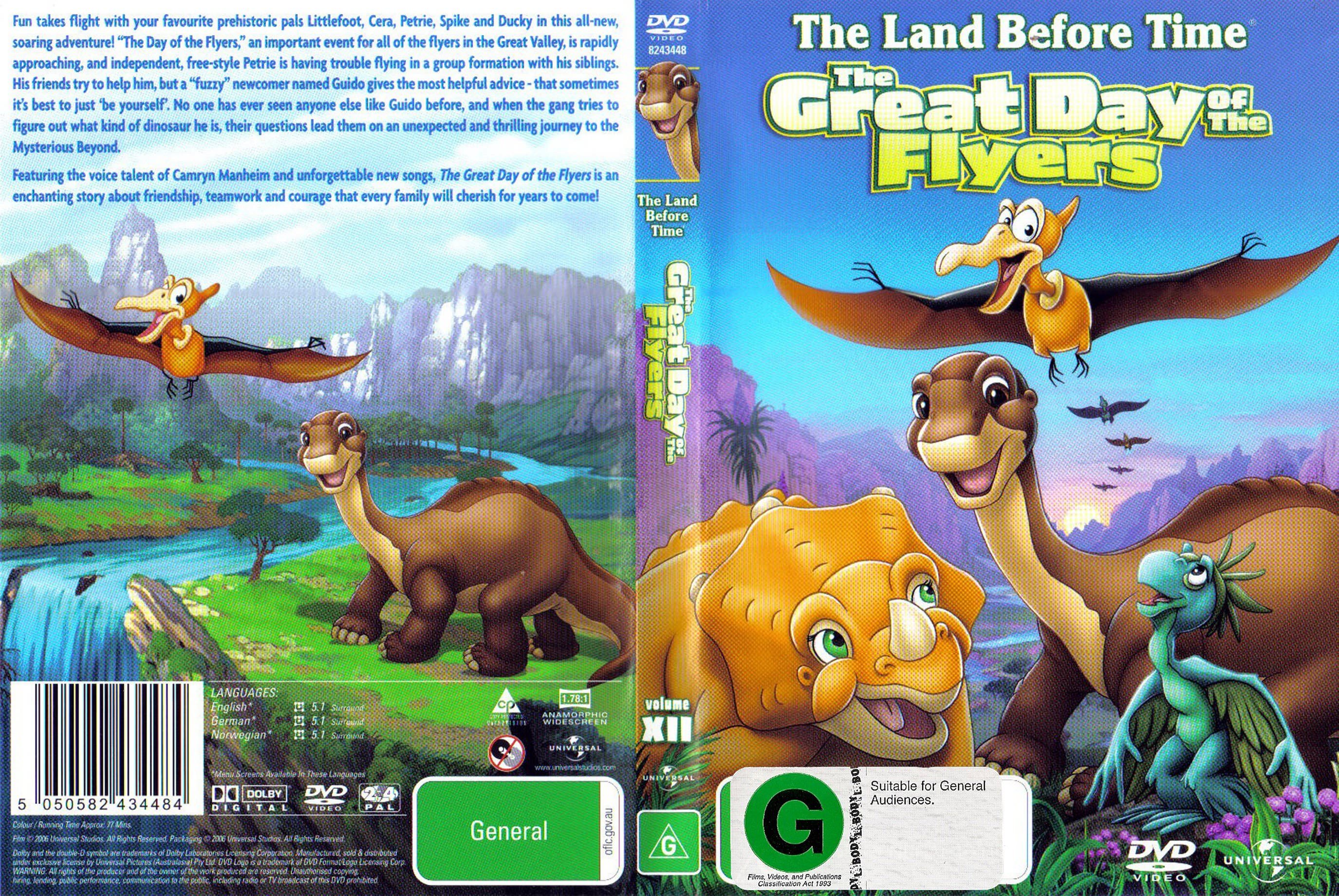 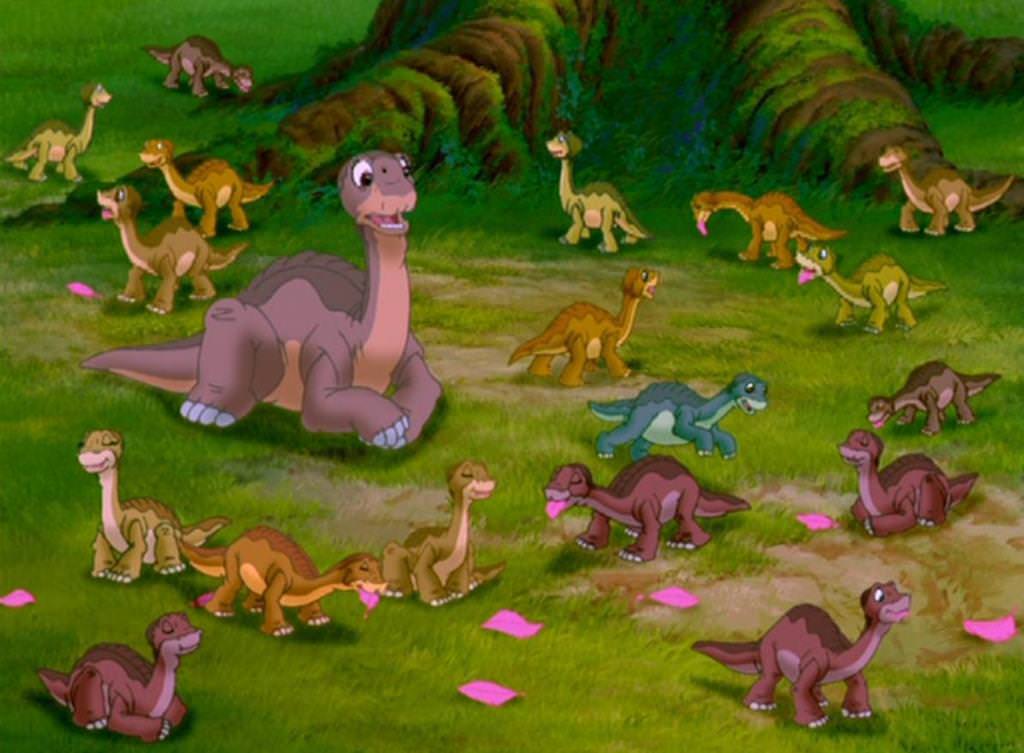 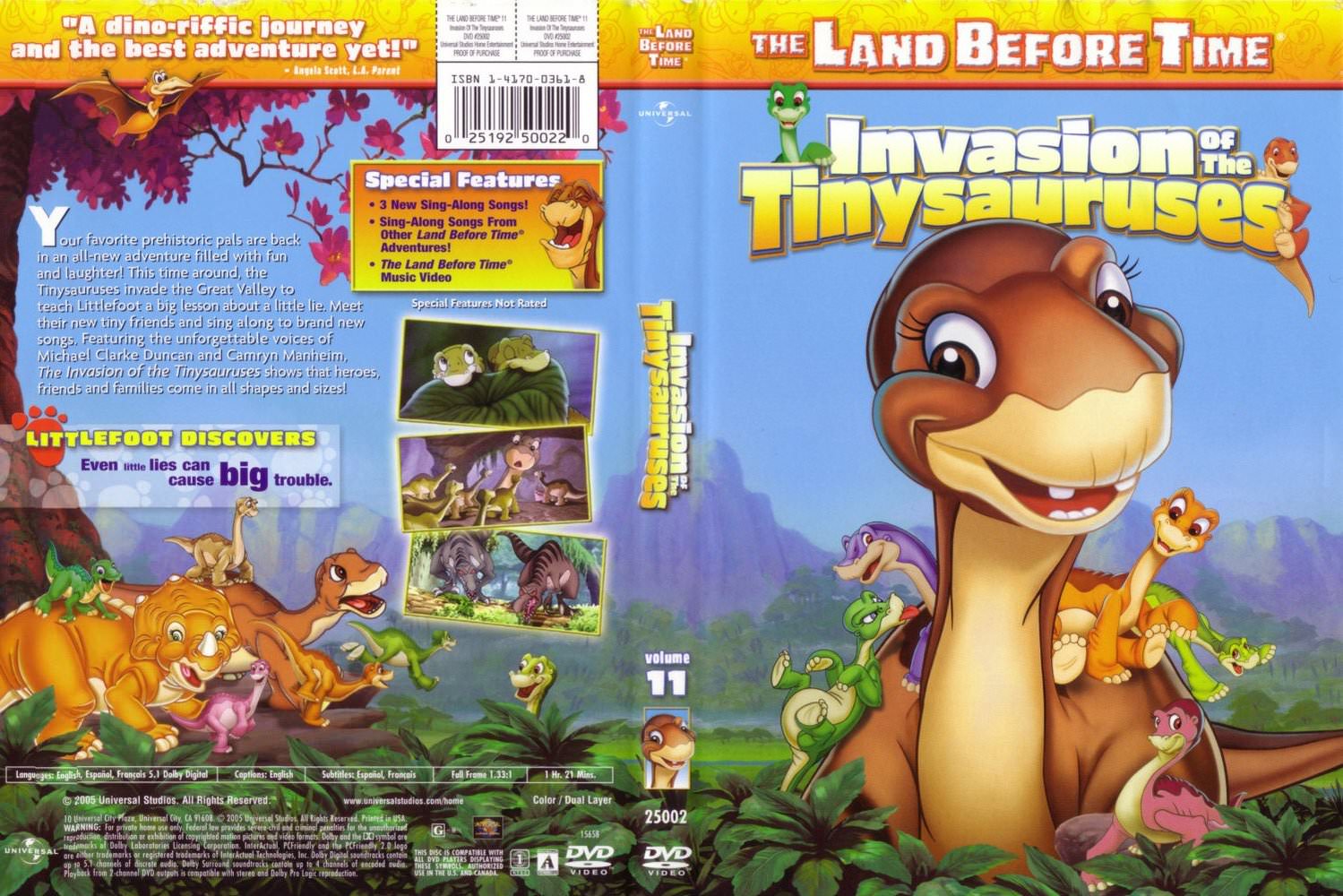 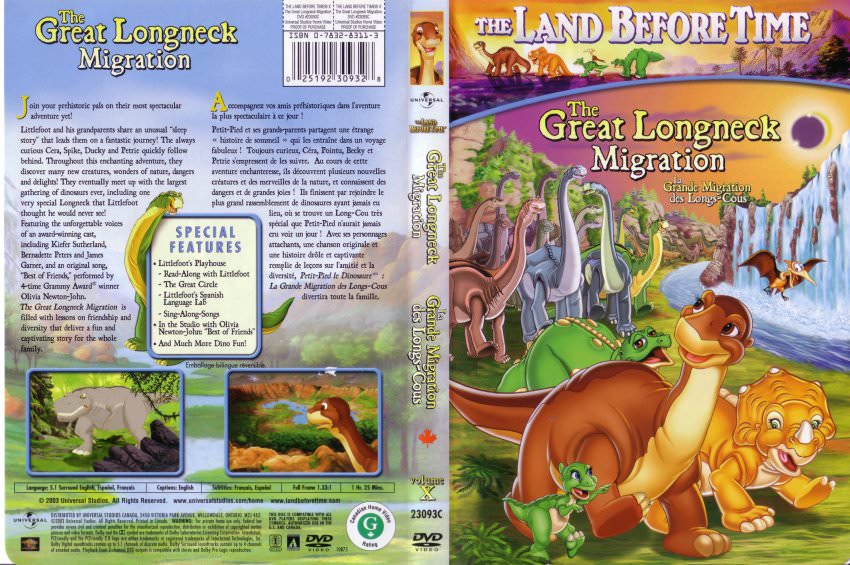