When Netflix announced a new Saint Seiya anime people were excited until they saw it was a reboot and later that it was CG but there was optimism, especially since it’d be based more on the Manga. People didn’t understand why it was also called Knights of the Zodiac. After the first trailer the opinion changed, mostly because of making Shun into a girl which made most people angry because Shun has always been such a unique character. After that there was no way this show would ever get a fair shot from most fans and those who aren’t were only going to be turned down by the negative reviews of those who do like the franchise. But Americanizing Saint Seiya is something Toei has wanted for a long time since it has been Dragon Ball Z level of big around the world. I was seldom excited for the show and well it’s not that bad but let’s take a look why. 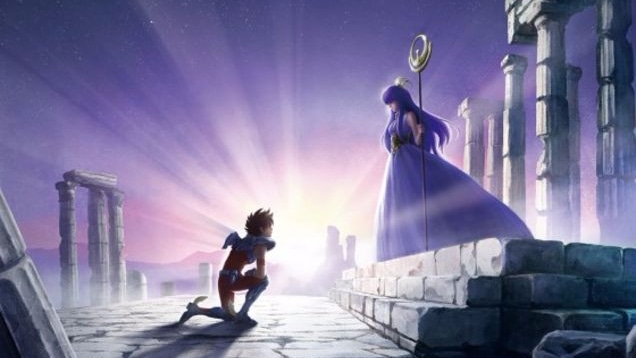 I’m a huge Saint Seiya fan and its history, a hugely underrated franchise despite how big it is. My favorite character as a kid was Shun Andromeda and even in the present I still think of him as one of my favorite saints. The gender bending they did for some reason didn’t bother me much, so far it’s been inoffensive, I do think we lose a great character by making her a female and in general I hate gender bending characters for the sake of it. Female Shaun is cute though and this being such a weird take on the franchise that I didn’t mind her too much and wanted to like her despite everything. We also saw some characters change sex in the previous attempt to make Saint Seiya popular in America with the CG Legend of Sanctuary Movie and it also kind of worked since it also tried to be its own thing. 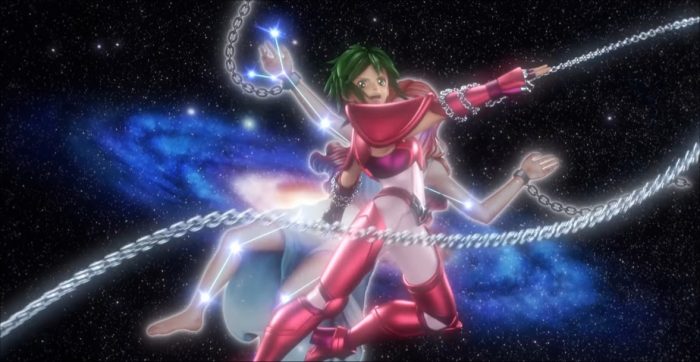 The character designs in 3D for most of the characters are actually really well done and while it’s somewhat more realistic than the anime they still look exactly as they should and it’s not hyper realistic like the movie was. The knights don’t wear their helmets most of the time for whatever reason and it looks odd. Instead of the big boxed armor cloths, they now become magically into dog tags like Pokeballs or a magical girl anime. The English dub has some name changes with Ikki becoming Nero, Sahori is Sienna, Shiryu is Long and Hyoga is Magnus, weird changes but again I don’t mind them as much as I should. The animation is actually quite nice and better than most of Netflix’s other CG shows like King Kong. 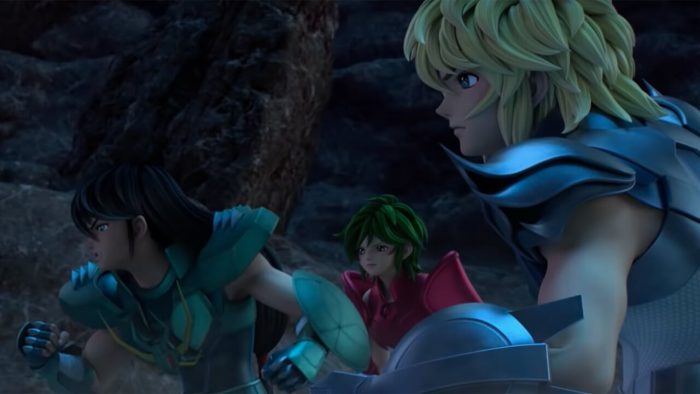 As far as the dub I checked out both the American English and Latin American Spanish dub of the show and both are decently ok. The Spanish version sounds like a dubbed american cartoon but it does keep the original names. Some characters sound pretty bad while others like Hyoga, Shiryu and Ikki sound almost as good as they have in previous interpretations. The English dub I guess is the main language and not Japanese since it had plenty of writers and whatnot from America and it shows. Most of the characters voices sound like from a US cartoon and because of how the show is fit the characters. If we take the actual characters into account then yeah they miss most of the characters by a long shot. 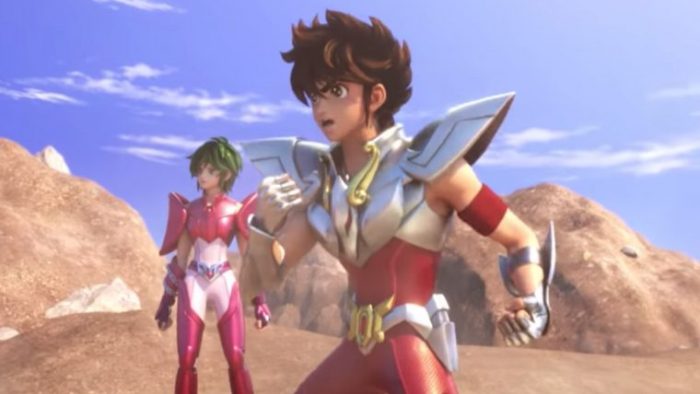 As mentioned the show is clearly aimed at American audiences, the opening and closing are in English, we do get Pegasus Fantasy and while not the best version of it and neither is the accompanying animation in it; I just can’t complain much about it. The ending song is surprisngly catchy but not sure what it has to do with anything unless it’s Seiya’s and Athena’s relationship which might not even be a thing here. The show feels like a Saturday Morning cartoon and the version DIC would’ve wanted for their Knights of the Zodiac anime hackjob from the 2000’s. The corny dialog, bad music, more trope like personalities for the knights, lack of violence, faster paced is all something that is the opposite of what Saint Seiya has been to fans and we have a safe cartoon for younger kids version of the show.44 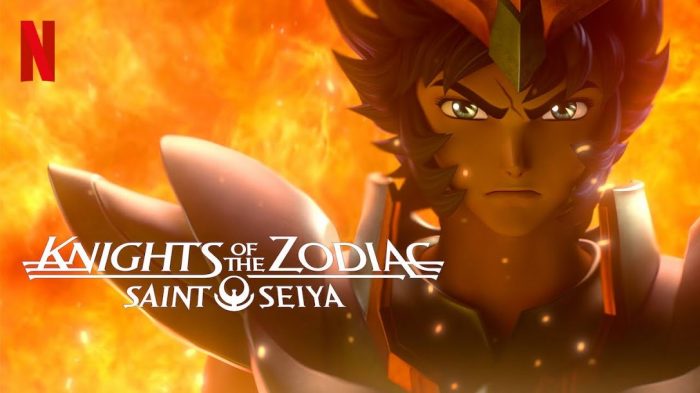 It really does feel like my babies first Saint Seiya animated show despite being rated for 14 and up and some mild language from time to time. The storyline of the entire Galaxian Wars, Black Saints and Phoenix sagas are told in only 6 episodes. Everything goes by superfast that it almost feels like a cliffnotes version of Saint Seiya. They jump from enemy to enemy and in doing that, the battles lack the emotion that the anime had always done so well in. Gone is the epic music or silence that brought tension, in a way I don’t mind since it made me get through the show quicker and I’m already familiar with the franchise, might be able to get some people interested into watching the real anime from the 80s instead. 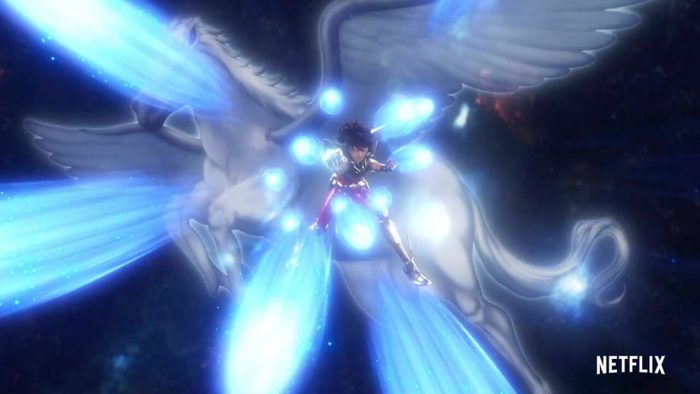 What I liked the most from the show were all the changes that they decided to go for, seeing Kido Mitsumasa alive was interesting and changing up the story of Seiya’s origin is not all bad since the original wasn’t exactly the greatest either. We now have a rival of Mitsumasa Kido who used to be his friend who wants to use the knights power to build an army to fight the gods. It’s weird seeing guns and military units in Saint Seiya but then again, the original also included scenes in the present time with modern technology which clashed with everything else. I have to admit that this new villain named Vander Guraad is kind of interesting in making the real modern world feel a bit more logical in Saint Seiya.

As mentioned the actual arcs from the manga are done super quickly so they are not too interesting but the changes that they have to make it fit the faster pace and the military aspect are all interesting enough. The show really does shine the most when it’s doing different things that the original show did. The black saints having robot armor is both lame yet interesting way to have them for example as is the whole Vander Guraad faction that is separate from the Sanctuary at least for now. We also get world building with plenty of mentions of Poseidon and Hades to know they are coming or seeing both Shaka Virgo and Aries Muu show up in these first few arcs. We also got to see Hyoga wanting to kill Saori / Sienna like in the manga in the galaxian wars. 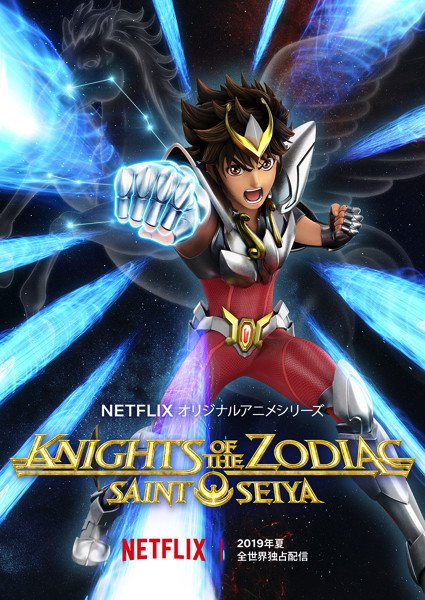 Changes like women not having to wear masks and Shaina having clown like face paint is weird but give this reboot its own identity. It’s not a great show by any means, just an average kids show version of the classic Saint Seiya anime. I’m very curious to check out more episodes and hope it’s not cancelled before we get to some more arcs adapted and I hope they do more things their own and they continue to do arcs quickly to hide the flaws of the show and to get as far in the timeline as we can get here.