Kirby Right Back At Ya! Lost Media Episodes

Kirby is such a great character that got a lot of love in his first anime and only cartoon to date. As we’ve seen before Kirby Right Back At Ya! is a classic nintendo anime at 100 episodes for its full run, or that’s what you might think since it’s actually more than that, here is some neat trivia of lost episodes and lost media in general of the pink puffs animated debut and how to enjoy some of them.

Kirby: Right Back at Ya!
Kirby 3D” (Kirby of the Stars Special Episode: Take it Down! The Crustacean Monster Ebizou)
Taking place sometime before the finale, it was released as an episode for 3DS being in full 3D for most of the world but it actually released earlier for the Wii in Japan’s streaming service Wii no Ma. However you watched it you got to see a special 8 minute episode 3D animated instead of 2D and it does a great job at it. It’s fun to see all the anime exclusive characters in 3D for the first time. As far as the episode it feels exactly the same s the show which is great, you get the original Voice Actors and I got a little nostalgic since I do miss the characters. It goes to show that a CG Kirby anime would be great. 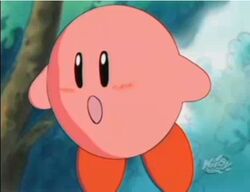 Before we got the anime we had a pilot episode. the best part of the anime is that Sakurai worked on it. The pilot feels more 90s with the character designs and the characters feel a bit different, still it’s super cute. Tiff definitely looks like a beta version of what she became and DeDeDe does seem like his anime counterpart. It’s a nice pilot to sell the show an a nice hidden piece of Kirby animation. Since it’s all a dream I guess it can be considered canon to the show, sort of a premonition of the events that would come.

Lost Edit of Right Back At ya!
Here is something interesting, to promote the game Kirby’s air ride they made a two part special called Air-Ride-In-Style which aired on 4KidsTV. Since the anime was still running many edits were made as to make it seem like the epic duels were just a dream while in fact it was the finale of the kirby anime. This edit aired in the middle of the show. Eventually the show did reach its conclusion and the 5 part ending finale was made into a “movie” but this meant cutting out content, the movie titled Fright to the finish had the 5 episodes edited for time. It did however incldue the Air-Ride-in-Style episodes from earlier removing some of the edits from before since this time it was indeed the finale. Confused yet?
So we have two versions of Air-Ride-in-Style two parter, one where it’s made out that it’s a dream and one where it’s actually happening. Sadly there isn’t a real way to watch both versions anymore. And finally the last 5 episodes in general were edited so much that we’re missing tons of scenes, these were likely dubbed but since they only released on DVD as a movie we have never seen the full version. Perhaps one day if an entire series release gets done.

Most of the edits the anime got were not too bad, in fact some of them were good since the colorful edits or wacky decisions actually fit the show better. However there’s still some scenes that were cut out and you can only view in the Japanese version like the one above. They’re great and it’d be fantastic to see them.

Some parts of the world got a Kirby TV Channel like the UK (channelwalkthrough) which included episodes of the anime on your Wii streamed. They were timed exclusives and if you wanted to watch one that wasn’t available it was unlocked through keys from watching the episodes. The channel had cute animations. It’s a shame there never was worldwide launch or a future Kirby Anime channel on other nintendo consoles since it seems they own the rights of the anime.
keys to unlock streaming everything but locked them only in uk neve states, cute animations

Kirby: Right Back At Ya! What’s Cookin’ on Kirby?/If You Can’t Beat ’em, Eat ’em

4Kids made these 2 “special features” on the DVDs, they’re mostly puny songs but I love them, they should not be forgotten especially with classics such as If you can’t beat em Eat em. We needed more special features on DVDs like these. 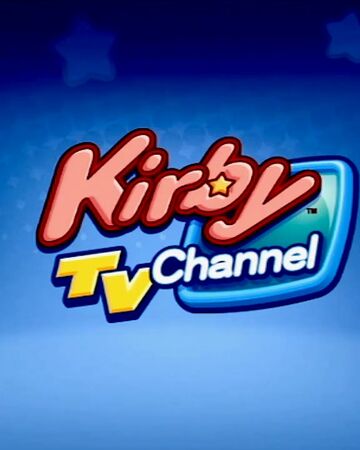 This is more of an ad but whatever this will get lost to time unless someone archives it like this.