We now live in a world where crossovers are cool thanks especially to the Marvel Cinematic Universe, I always loved them but hate to share the love with everyone else. With that said we have seen crossovers of everything, you have the Nintendo Animated Universe, DC crossing over in their multiverse and in all media in movies, tv shows, music but now it’s arrived at our breakfast table with Kellog’s Mezcladito which brings some of Kellog’s most iconic cereal Frosted Flakes, Fruit Loops, Cocoa Krispies and Corn Pops. 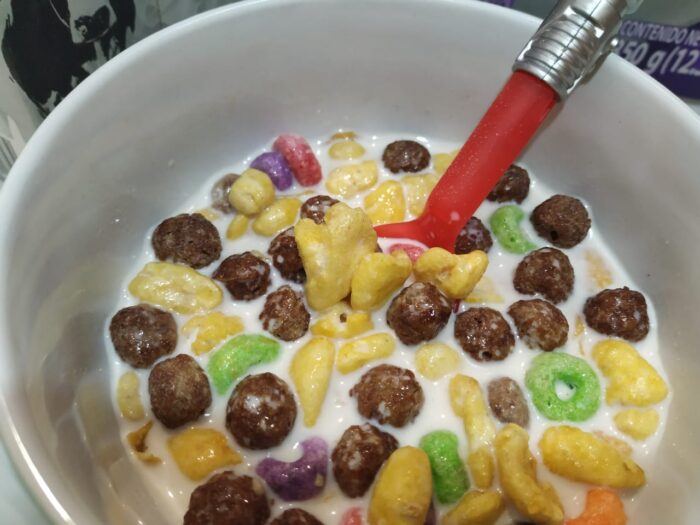 The cereal available in Mexico is called Mezcladito which roughly translates to “little mix” and it is sort of a good bye to cereal mascots in the country since a new law taking effect bans mascots from appearing in packaging for kids which is bitter sweet but at least they have this crossover before leaving forever. I definitely liked cereals having mascots so I guess it’s partly true but its mostly a scapegoat as well. It’ll be sad to see them go but then again I don’t have any strong feelings to actually complain about it. 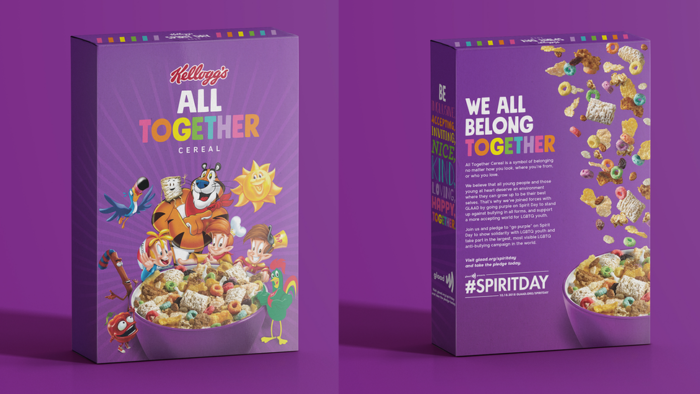 While researching I found out there was also a cereal that was released called All Together Cereal but it was not widely available and a limited edition run to support minority rights. There was a New York Kellogs store version where you got the box and filled it up with whatever cereal you wanted and make your own mix in 2018. 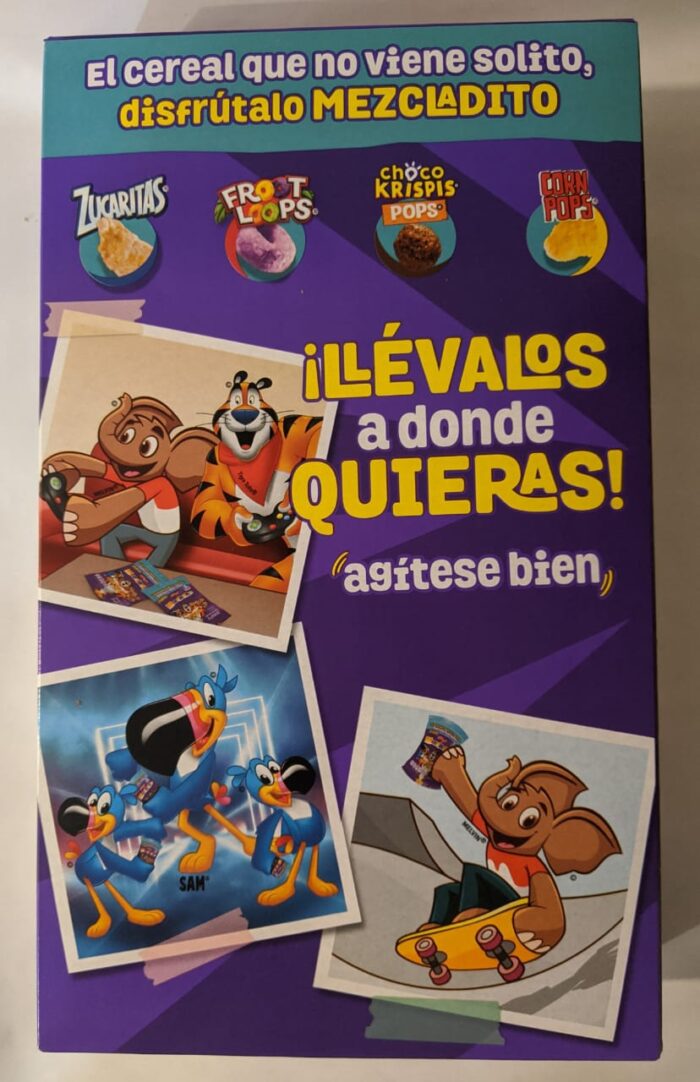 In 2019 it was available for a limited time at Kellog’s online store but that one only included small boxes inside of the different cereals so you could make your own mix as you wish. While neat, it wasn’t distributed in stores and neither version included an official mix of the cereals and Mezcladito does exactly this so it’s already a winner in my book just for existing. 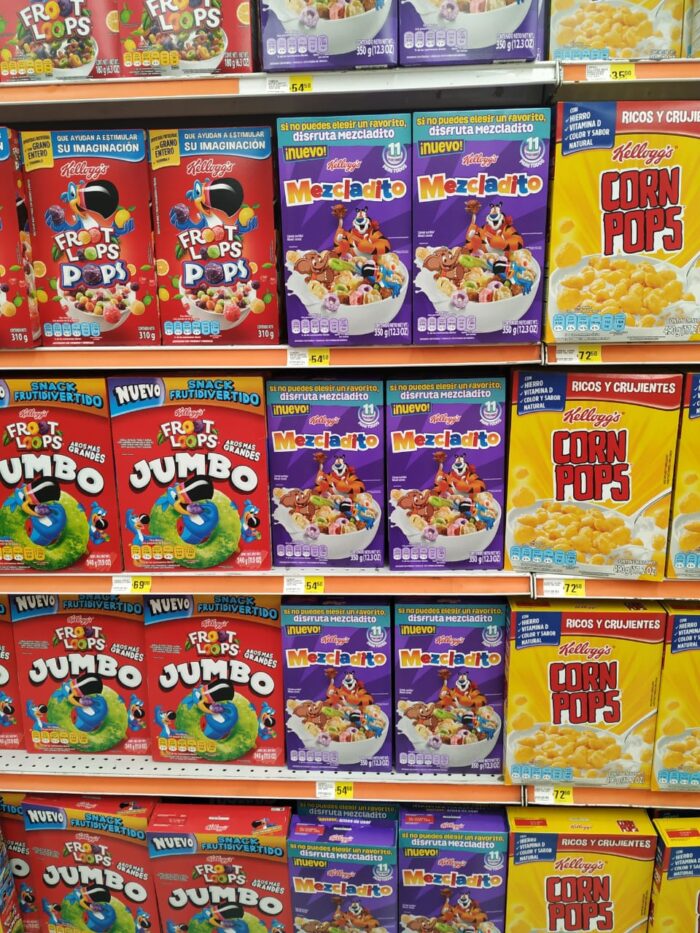 With that said I do feel disappointed that this Kellog’s cereal crossover wasn’t bigger since it only includes Frosted Flakes, Fruit Loops, Cocoa Krispies and Corn Pops. Worst of all Corn Pops doesn’t have its own mascot, I know they’ve had an identity crisis with the mascot for Corn Pops but it would’ve been nice to revive one of them for this. 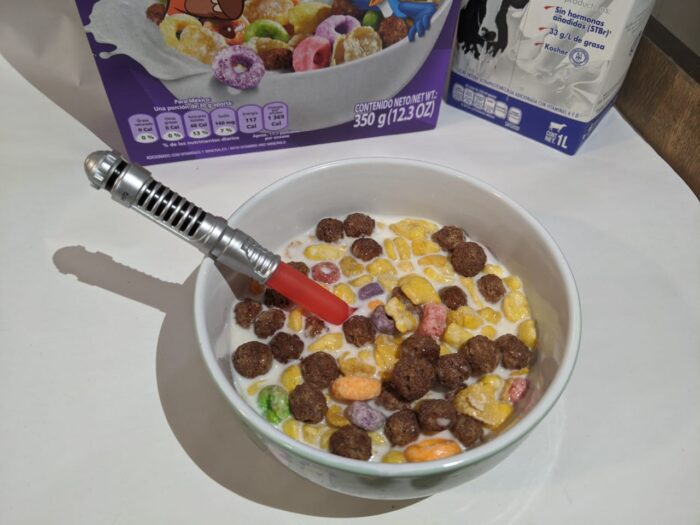 If you’re wondering about the Cocoa Krispies mascot, that’s Melvin who has held the mascot for the cereal in latin america where it’s called Choco Krispies. Also they’re called Choco Krispies Pops since they come in sphere shape like Corn Pops instead of their normal shape, this isn’t an actual product that is sold so I’m unsure why it was done, perhaps so the smaller shape wouldn’t get lost at the bottom of the bag. 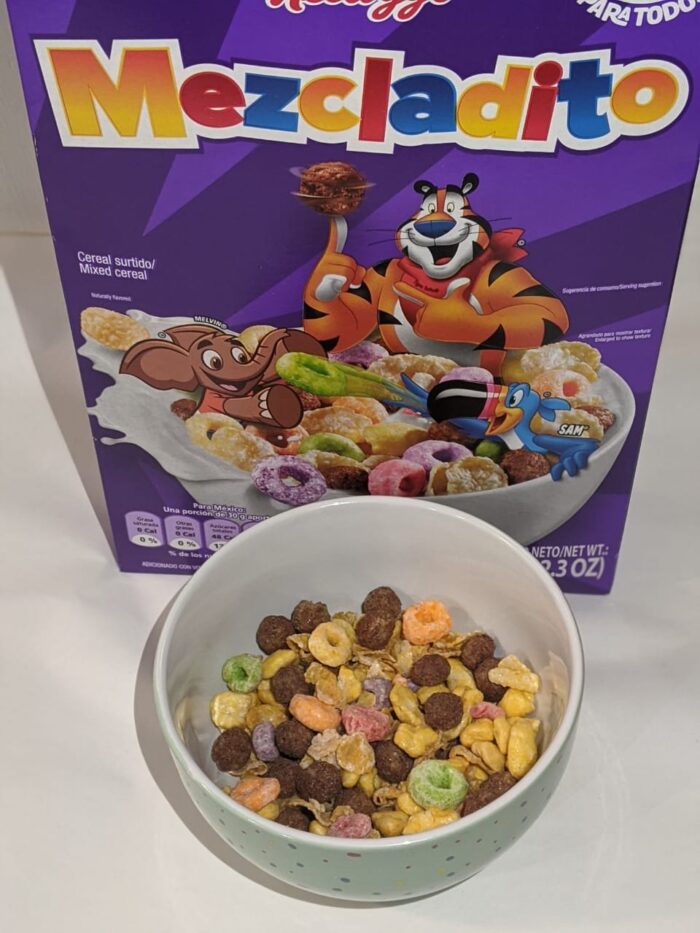 Now onto the actual cereal I have to admit it’s a bit of a disappointment and this is from someone who used to mix all the different sodas into one big mess of a cup at fast food restaurants. I’ve mixed cereals before but never to this extent and having an official product where it’s already mixed made me think it might actually taste good. 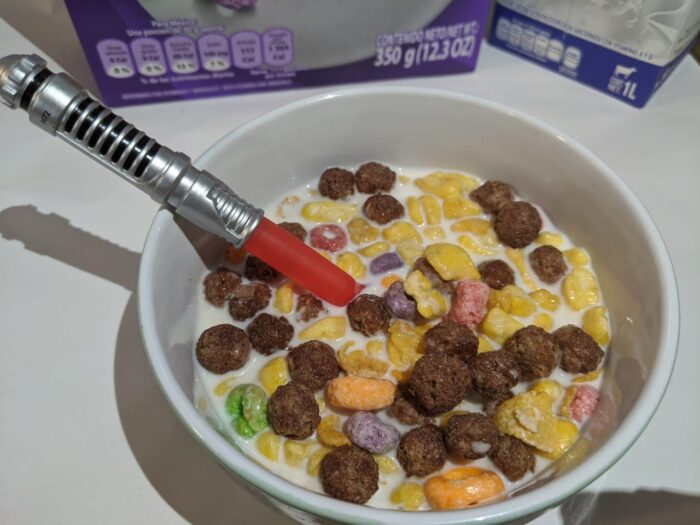 Now it doesn’t taste bad however the different flavors don’t exactly complement each other and Fruit Loops does seem to be the dominant flavor. There also didn’t seem to be enough Zucaritas to go around. All in all it’s not the greatest cereal and they do better as solo cereals than a team-up to end all breakfast cereal debates, this is no Avengers. 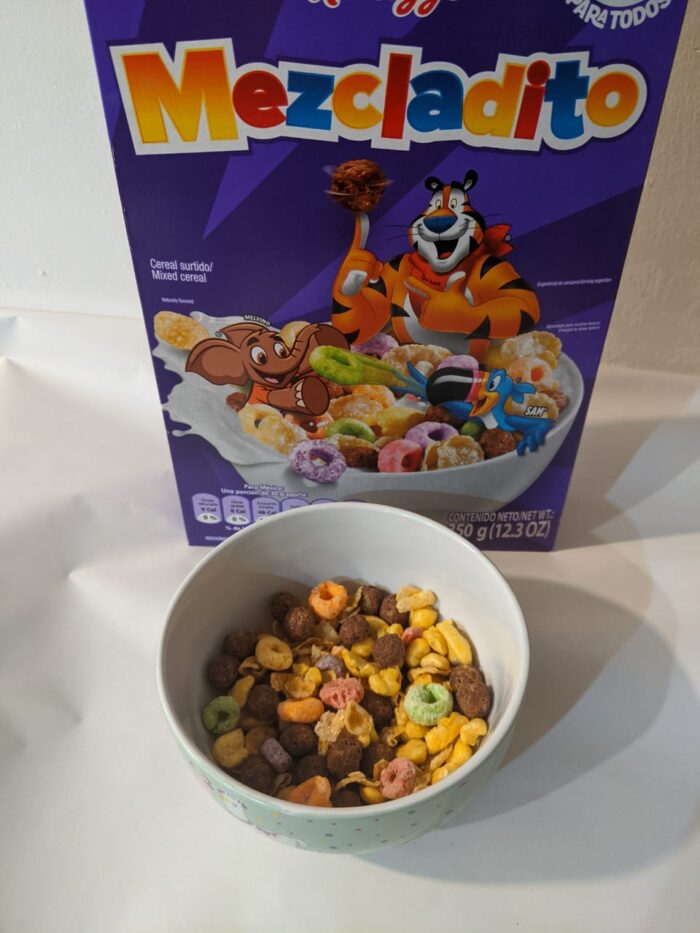 My Darth Maul lightsaber spoon made things more enjoyable and I’d say the only thing that was missing was for a game like cereals used to have sometimes on the back. I did add some Rice Krispies after and some chocolate milk which made the whole shebang much better. 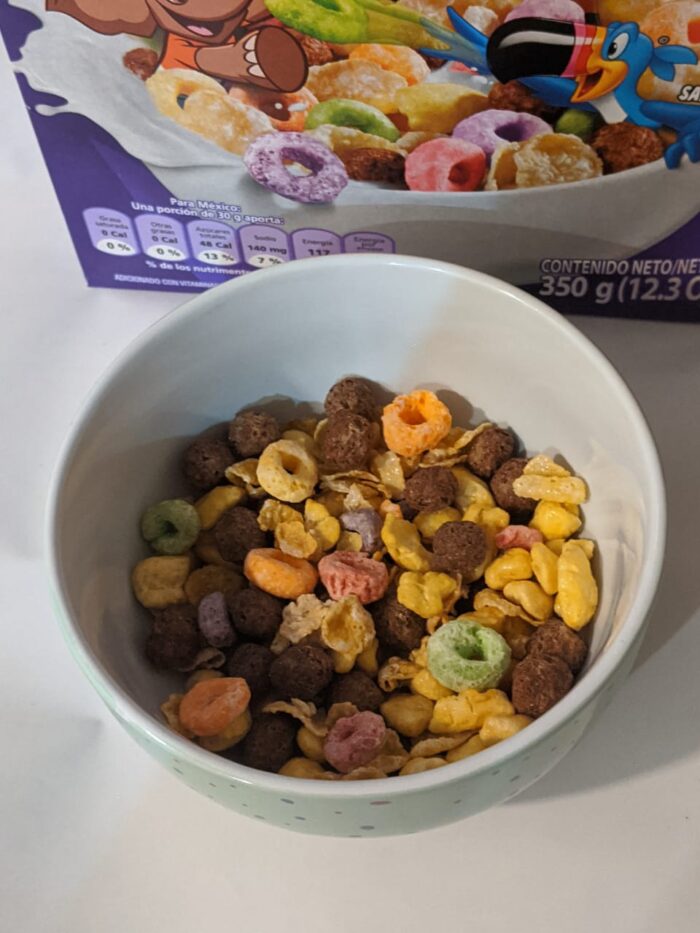 I am glad that this cereal exists despite its short comings and as I mentioned if they were going all out with a crossover cereal that they would have had more of Kellog’s mascots and flavors to join in on this little mix, Mezcladito.