I started playing Jurassic Park Builder as soon as it was released on Android and by the time I was finally able to play it, they were already in the Ice Age animals update. Later They later added the aquatic park and it was really cool to have these options as it’s something I always played with when I had my toys. I built an awesome park sans T-Rex since it was almost impossible to get him for “free”. I played for over a year before I stopped because I got tired how I needed to pay money to continue playing and the mindless actions I had to do. The Park I built was not even how I wanted it to look but how it needed to look so I could get the most points. 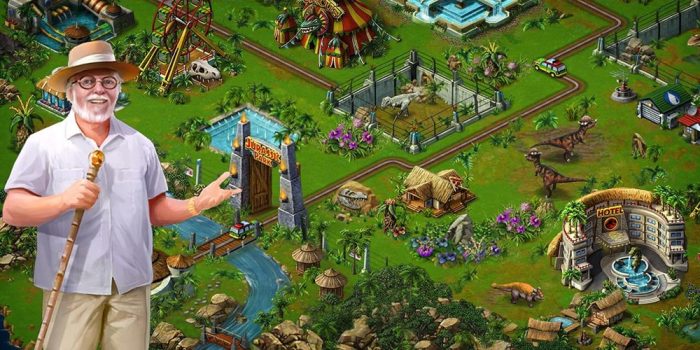 When Jurassic World was finally releasing their trailers i was hyped and started playing Jurassic Park Builder again and it was fun, I got some of the new stuff and somehow got enough currency to finally get tht T-Rex! They had added the fighting mechanics of the Jurassic World Builder as well as new dinosaurs and eventually even the Indominus Rex. I actually got burnt out again because I was also playing the Jurassic World Ludia game and it was too much. But there was some nice stuff too in the game, I just wanted to point out that the flaws of the game were being a mobile game which no matter how much money you might’ve spent it’s all gone now since the game was shut down and you can’t even play it and see your park. 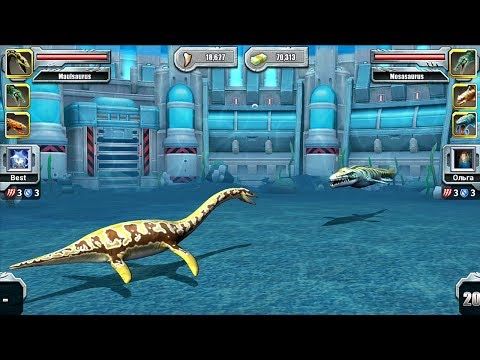 But I had some nice memories, the game had nice sound effects and music. The graphics were good enough, they had a cute art style and at the time it worked, especially with the art style which they had a great one. The story dialog was always neat, especially since it was characters from Jurassic Park and The Lost World in some type of Alternate world where the park re-opened. You could evolve dinosaurs, take care of them when they wanted to escape during storms. I once wrote the writer of the game if he could share scripts but he didn’t want to. The story was never a main point in the game but as I mentioned it was cool to see the interactions of characters with all the stuff that was happening. I had a similar experience with Jurassic World The Game, I was hyped for the new movie and as soon as the game was available I downloaded it. At first I thought this game was going to be far more fair in the paid currency department, it had some new currency but overall seemed to be the same form Jurassic Park Builder and they were giving me tons of the expensive currency.. that’s what I thought until I realized that the expensive currency from the last game was worthless here. The game is clearly a sequel in continuity since the island itself is the exact same as the previous one when you check the ruins, which means that at the end your previous park in canon was destroyed, and likely the main characters from the movies died as well since we don’t see them here anymore. 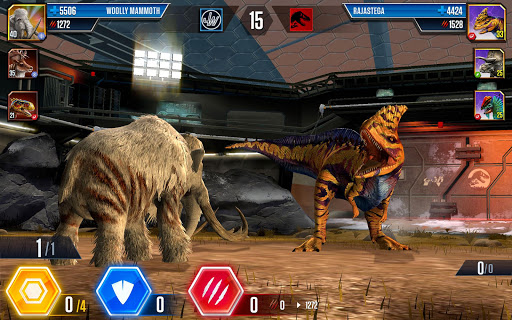 Overall the game is very similar to the previous one but it had new features like the added fighting mechanic was kind of cool and in general there were tons of new things to do that weren’t in Jurassic Park Builder, it did feel like a sequel. The graphics alone felt like a modern game from a console, outstanding and realistic. They introduced a mechanic to make your own hybrid dinosaurs which was really cool, unluckily it was all hidden behind tons of micro-transactions meaning that unless you were going to spend a lot of money, you were not going to enjoy it. The story sequences feel a lot like the previous game as well but with the Jurassic World cast. I played for a year or so but I eventually quit since I couldn’t get what I wanted. I’m not sure how they incorporated the story of Fallen Kingdom and Dominion because of that but I’d hope they would do something. 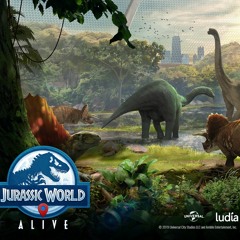 Since Jurassic World didn’t get an actual game this one didn’t need to be called Builder and had the benefit of being the only official game outside of the Lego Jurassic World. The thing is I wanted to love these two Jurassic Park Builder games but they’re not built to be fun but to be addictive and take your money, and no matter how cool the artwork or models are at the end of the day there is no depth and only mindless tasks that you do to try to avoid paying money. I’d rather pay $60 + individual DLC and have the full game with Jurassic World Evolution 2 than pay four dollars to get fake currency to buy one dinosaur in a never ending process.

Well I might as well talk about Ludia’s other dinosaur game Jurassic World Alive quickly which I ignored since I wasn’t ever too crazy about Pokemon Go and this felt like a blatant clone. I only messed around with it a little bit but I was impressed by how much stuff they put into the game from battles to overall the look of the game. Besides that it’s a very similar game but here you have to tranquilize the dinosaurs but at least here you get to fight all you want. The graphics are really nice but overall it has all the limitations a mobile game will have. The story uses the Jurassic World Fallen Kingdom Dinosaur Protection Group DPG excuse to try to get dinosaurs which works but with Dominion coming ou I guess it makes even more sense that dinosaurs are around the city. It’s alight if you like Pokemon Go and want something with dinosaurs.