Casper’s 1995 movie is the best the franchise ever offered

Casper the friendly ghost was a character I knew who he was despite not really ever watching any of of his cartoons or reading any comic books just like Richie Rich but at least I do remember his cartoon a bit. But in 1995 some posters grabbed my attention, something about that poster just seemed dark and right not to mention modern. It was already 1995 but CG was still a very new thing and the Casper model impressed quite a bit. It was a live action Casper film and I got to watch and love it despite not being a huge fan of the character. 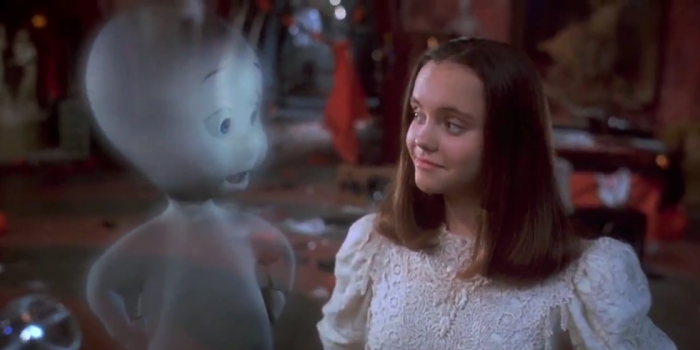 Decided to watch the movie since it hit the right nostalgia strings after reviewing the christmas halloween special of Casper last year, I didn’t remember much of anything but I had high hopes even if I knew I’d be disappointed in the end. What I found out is that it indeed held up and I don’t think I’m reaching too far to say that it’s the movie is the best Casper interpretation the franchise has ever had and likely ever will have.

The film is surprisingly dark and depressing, since you know Casper is indeed a dead boy and the more we find out about his past only makes things a bit worse, especially when you know his love interest is not in the realm of possibility. I was surprised to hear What the hell on a kids movie, having characters die during the movie that you get to know and even people going around drunk. They really help the plot of the story and I’m glad they didn’t compromise while filming it. 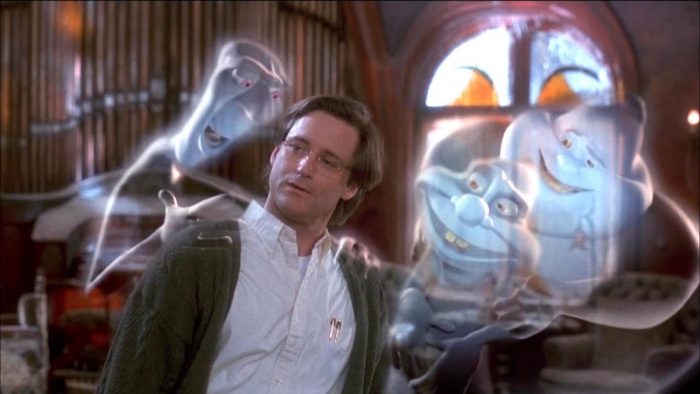 Now don’t get me wrong, the movie is definitely for kids, and yet it is able to keep you entertained the whole time with its tone. It never goes full out on fart jokes even with the trio of ghosts Fatso, Stinky and Stretch. It’s also not Addams Family level of dark or entertaining either. I won’t say it’s a great classic but a damn good film adapting the story.

Christina Ricci plays Kat, who isn’t the goth lovable Wednesday Addams personality we would like to but she does a fine job, I mean we see her act with a great CG casper ghost and even kiss it. I can definitely feel for you Casper bro. There is no real main villain, just some antagonistic characters that create a little chaos but that’s about it and it works. Her father is depressive of their moms death, the trio of ghosts just do what they want 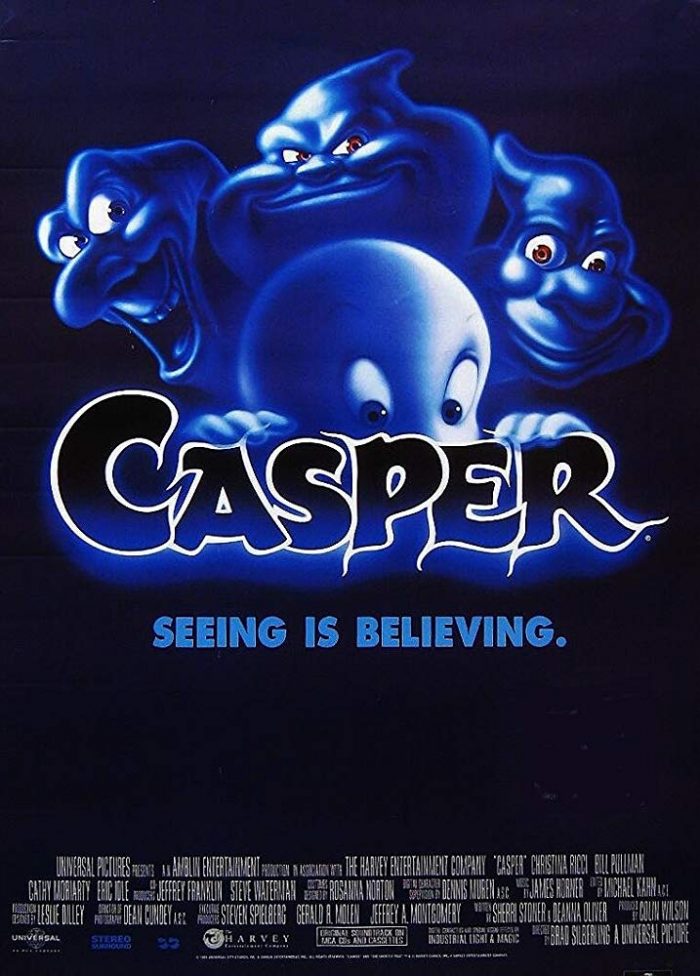 It’s a shame that a Casper 2 never happened even though it was meant to and the closest thing we got to it were the two prequel direct to video movies. I can’t see a new live action Casper movie ever happening again but at the very least we do have this film.